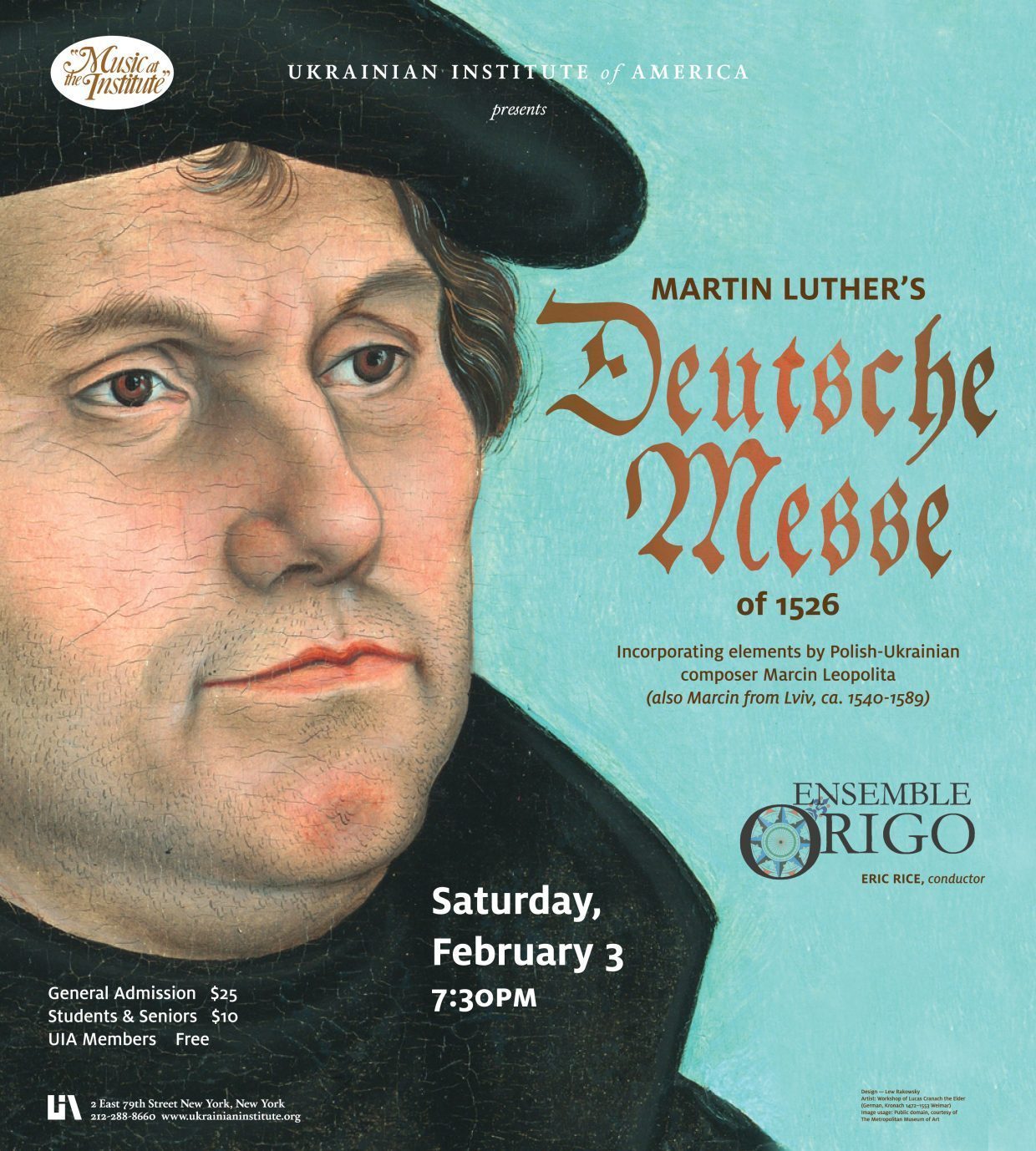 While Martin Luther’s liturgical reforms ultimately led to a liturgy that is very distinct from the Catholic Mass, his early reforms are an interesting hybrid of German chorales and Latin Mass sections. Ensemble Origo performs a reconstructed German service according to Luther’s suggestions but also employing polyphony by Marcin Leopolita, who was born in Lviv, studied in Poland, and was active in Ukraine until his death in Lviv in 1589.