ART AT THE INSTITUTE PRESENTS AN ONLINE EXHIBITION

Walter Hoydysh, PhD, Director of Art at the Institute

Max Vityk: Paintings is the third solo exhibition and first exclusively online exhibition organized by Art at the Institute — the visual art initiative of the Ukrainian Institute of America — of paintings by visionary artist Max Vityk. This show marks a new engagement with a global audience recognizing the UIA’s imperative to serve and stimulate a growing interest for contemporary Ukrainian cultural practice.

For almost seven decades Art at the Institute embarked on a seemingly straightforward project: to present exhibitions reflecting on the state of art making by émigré Ukrainian artists to diverse audiences along New York City’s Museum Mile. The last three decades opened possibilities of investigating post-Soviet Ukrainian art and how artists have pushed creative boundaries, and also revisited traditional techniques, following the models set by my predecessors while revealing the challenges of organizing any medium based and multi-media exhibition today.

This online exhibition draws on Max Vityk’s monumental narrative paintings, recognizing the increased fluidity with which he moves among mediums and materials, and the roles they play in his practice. Indeed, one would be hard-pressed to find this geologist turned artist self-identifying primarily as a painter. His in-depth knowledge of Earth’s instability reinforces the chaos of his mythical and turbulent subjects: nature and humankind are inseparable.

On behalf of the Ukrainian Institute of America, I would like to thank its benefactors and supporters, staffs and boards — past and present — who for their long-standing commitment to Art at the Institute and its public programming, significantly contribute to a lasting cultural legacy.

I am also very grateful to the technical development skills and organizational capabilities of UIA Executive Director, Olena Sidlovich without whose tireless efforts this exhibition would not have been possible.

Above all, I want to thank Max Vityk whose bold acts of creative freedom and visionary belief in the power of art to communicate across borders have inspired and sustained our work. I hope this online show expresses his spirit.

It is the responsibility of artists to pay attention to the world around them, whether pleasant or not, and help us live respectively in it. They do this by keeping their curiosity and moral sense alive, and by sharing with us their gift of metaphor. Artists ask questions without revealing answers and often this means discovering similarities between observable fact and their own inner experience.

Until recently, the word “art” as applied to pictures and picture making usually referred not just to representations of the world but to representations that suggest an importance greater than we might otherwise have assumed. Such pictures were said to instruct and delight, which they did by their wholeness and richness. The effect was to reinforce a sense of meaning in life, though not necessarily a belief in any prescribed ideology, and in this way, they were a binding cultural achievement. Max Vityk is a Ukrainian-American painter who most deeply engages with both what is modern and what is timeless, meeting the test of relevance, and not born of a climate of material cynicism and predictive of nihilism.

Best known for his monumental paintings characterized by complex figures and forms, and neo-primitive symbols and patterns, Vityk’s motifs are self-consciously “primitive,” reduced to a graphic application that allows for a gestural and emotional immediacy. It is a style that appears childlike, even at times resembling cave paintings and outsider art. His interests lie in the development of a pictorial language based on a system of visual signs, which offer the possibility for everyone to decode. Vityk is driven not by any rational narrative, but by apparent chaos and emotion. In every drawing and painting he sets out to create a purely visual space where the imagination plays and thrives, and viewers can, without reserve, lose themselves.

For the noted series of paintings presented in this online exhibition — Cairo Dreams, Duindigt and Warriors of Light — Vityk created modernized mystical beings invoked by turbulent political events, as witnessed during his lengthy stays in Egypt and Ukraine. Metaphysically placed on a plane of the eternal struggle between good and evil, they plead for an artist’s metaphorical vision of freedom and change.

Circles, crescents, chevrons, exploding eye-like shapes, swords, spears, flora and fauna, lingual signs — some incised with thinner or thicker designs — jostle in a forest of bold symbolic vigor, materializing into heroic characters. Replete with seemingly ancient mystery, these works’ impact is hieroglyphic, cosmic, and immediate. It is not always possible to say whether a particular motif or visual element in these paintings is realistic, poetic, catastrophic or simply humorous. What is clear is that Vityk intends from the outset to make altogether substantial, heavily worked pieces that unequivocally inform us as witness to cultural and historical responsibility that accompanies the struggle for humanistic renewal — one of hope and resurrection.

In the true spirit of artist creation, Vityk does not attempt to tell us everything that we can know about these works. For meaningful engagement, our obligation is to bring our own references to bear. He offers a thoroughly rich visual resource for developing our understandings, not conclusions. In substantial ways, we are the sum of the places we have gone in our respective lives and cultures. And because the vast terrain seems so contradictory — peaceful here and terrifying there — the farther we go the less we are inclined to claim we know.

Born in Lviv, Ukraine, Max Vityk studied geology for which he received a doctorate at the Lviv State University. In 1989, he moved to Houston, TX to work in the petroleum industry. During extensive traveling on assignment, he became interested in art and, in particular, American modernism. With careful study he took up painting, heavily influenced by the artists of the Abstract Expressionist school. Vityk has since exhibited widely, attracting a devoted audience to his penetrating vision. Recent exhibitions include Arts-Mart Gallery (formerly TAM. Gallery) in Cairo, Egypt, the International Museum of Art and Science in McAllen, Texas and Tauvers Gallery International in Kyiv, Ukraine. He presented works at Scope Art fair in Basel, Context Art fairs in New York and Miami, and at Art Kyiv Contemporary Fair in Ukraine. Vityk’s monumental project “Energy” is on permanent display at Shell Headquarters in The Hague, The Netherlands. 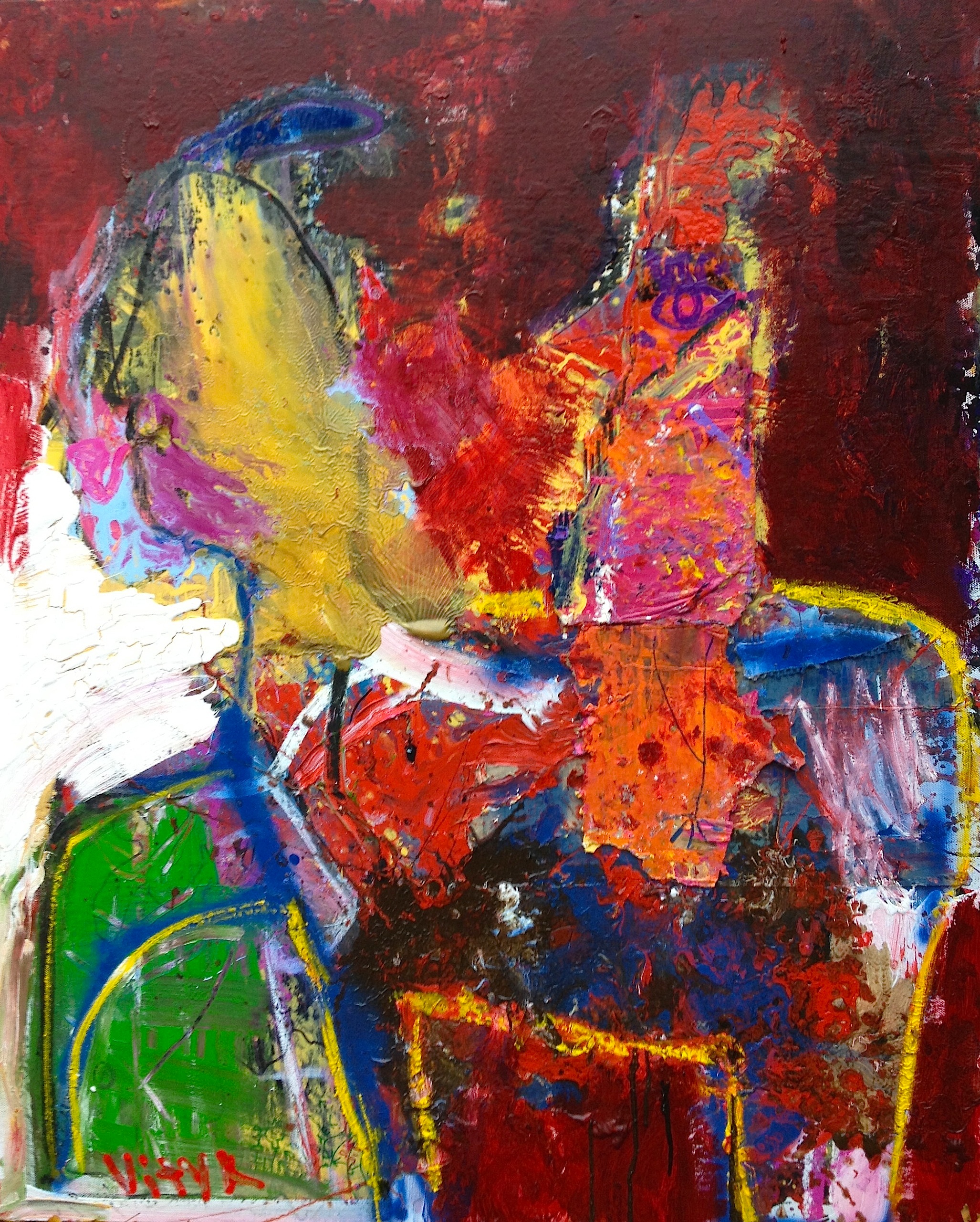 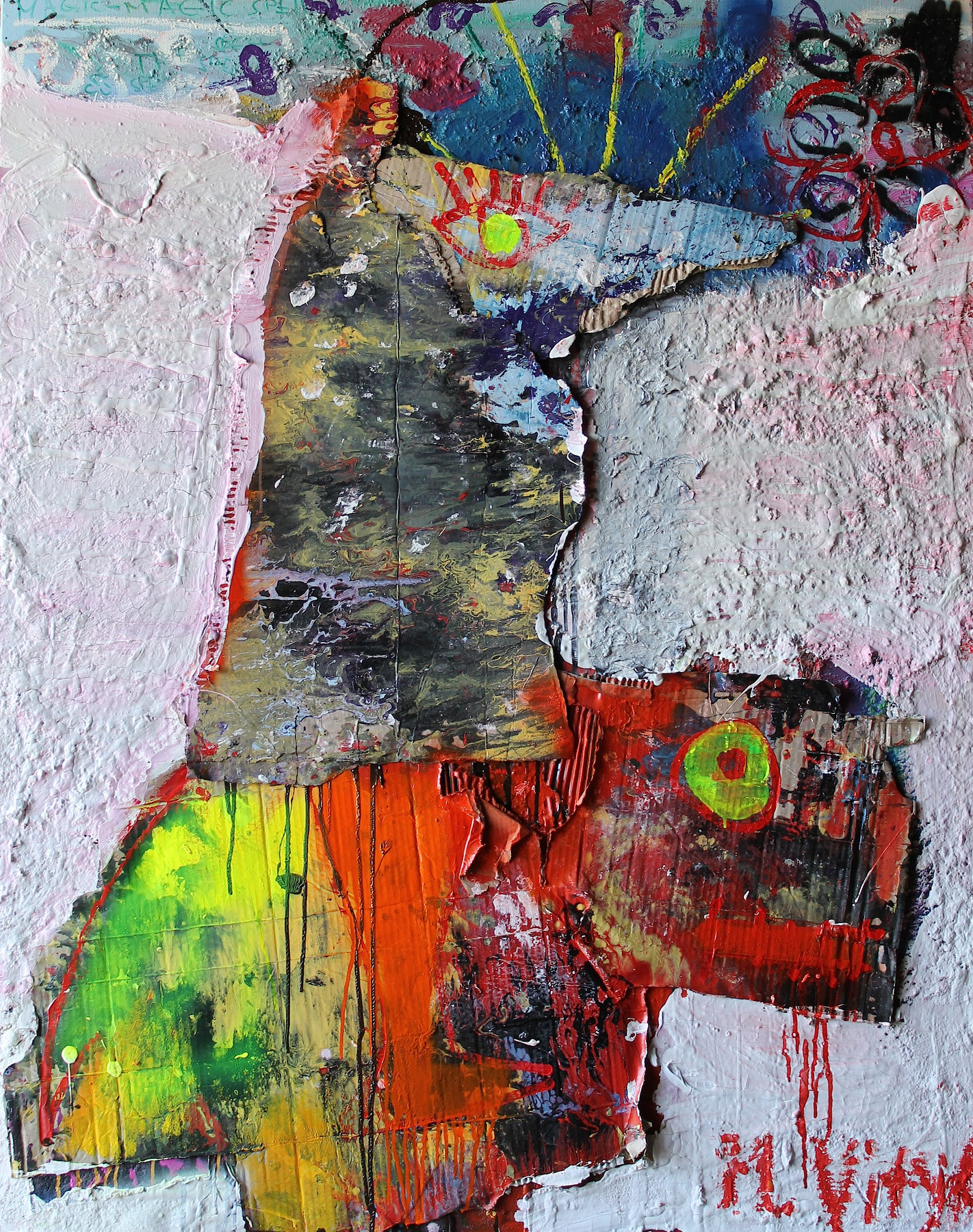 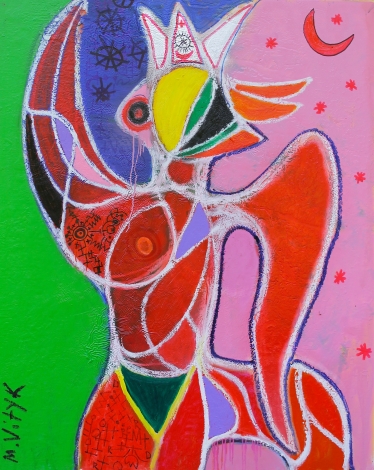 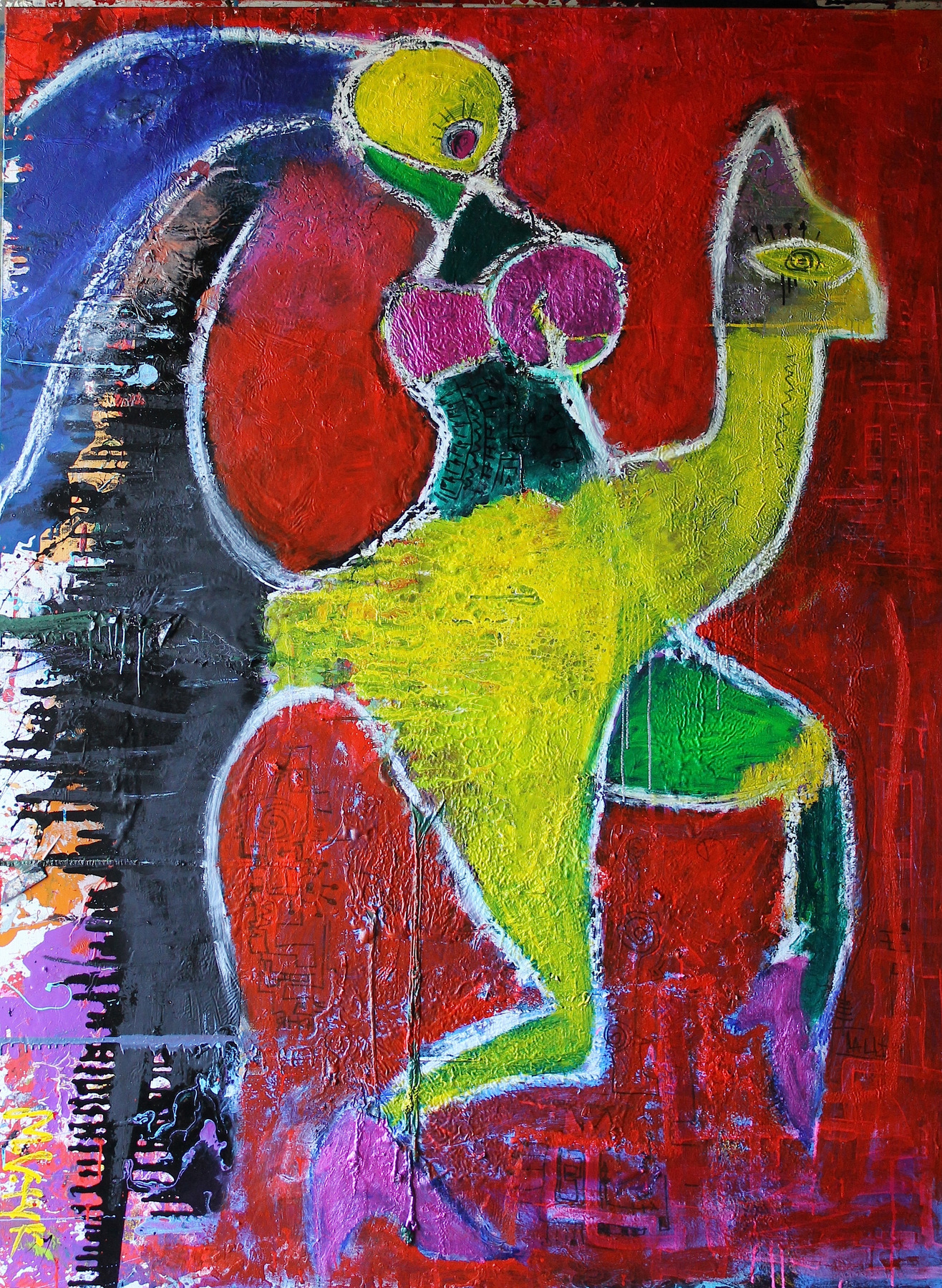 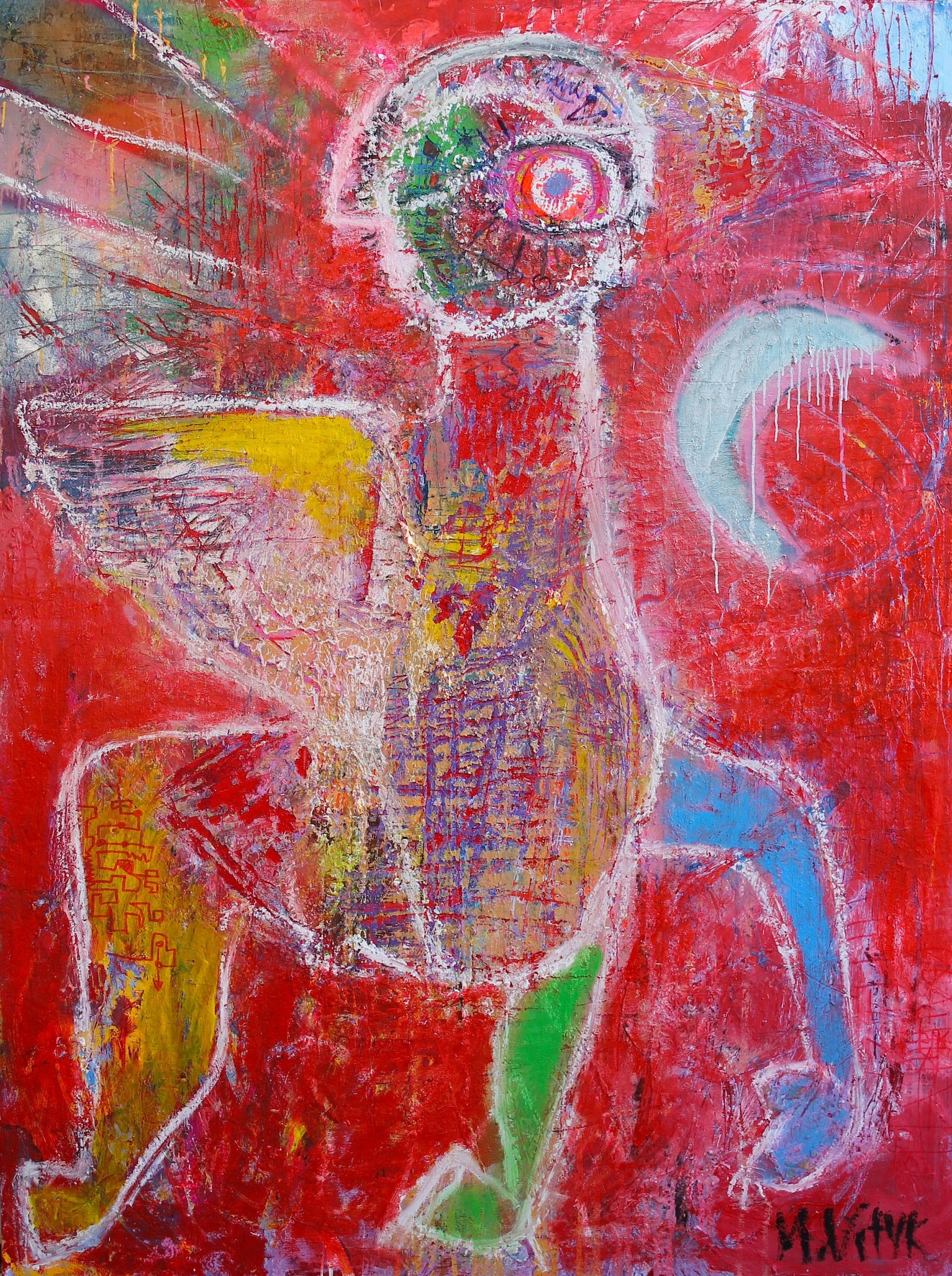 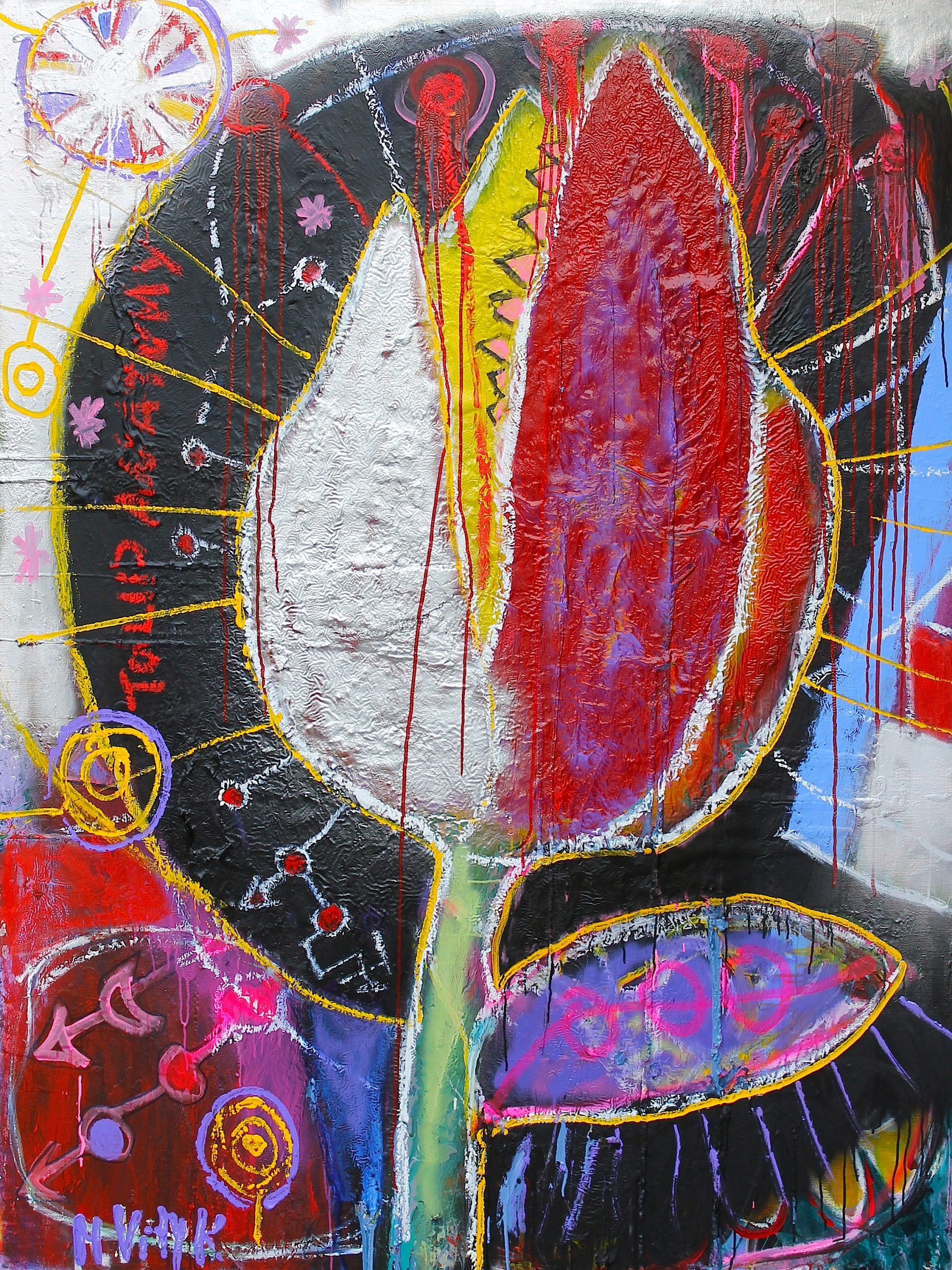 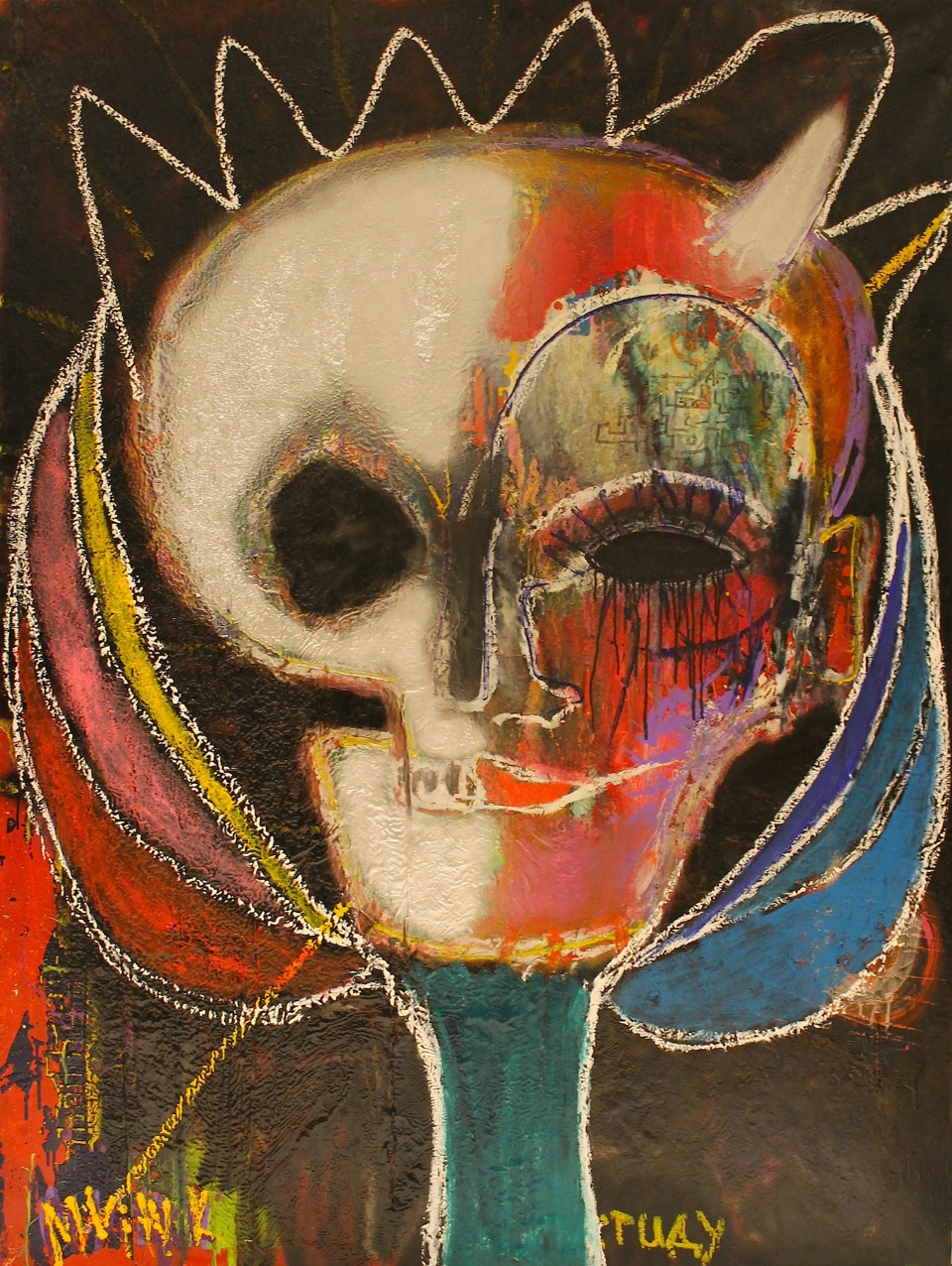 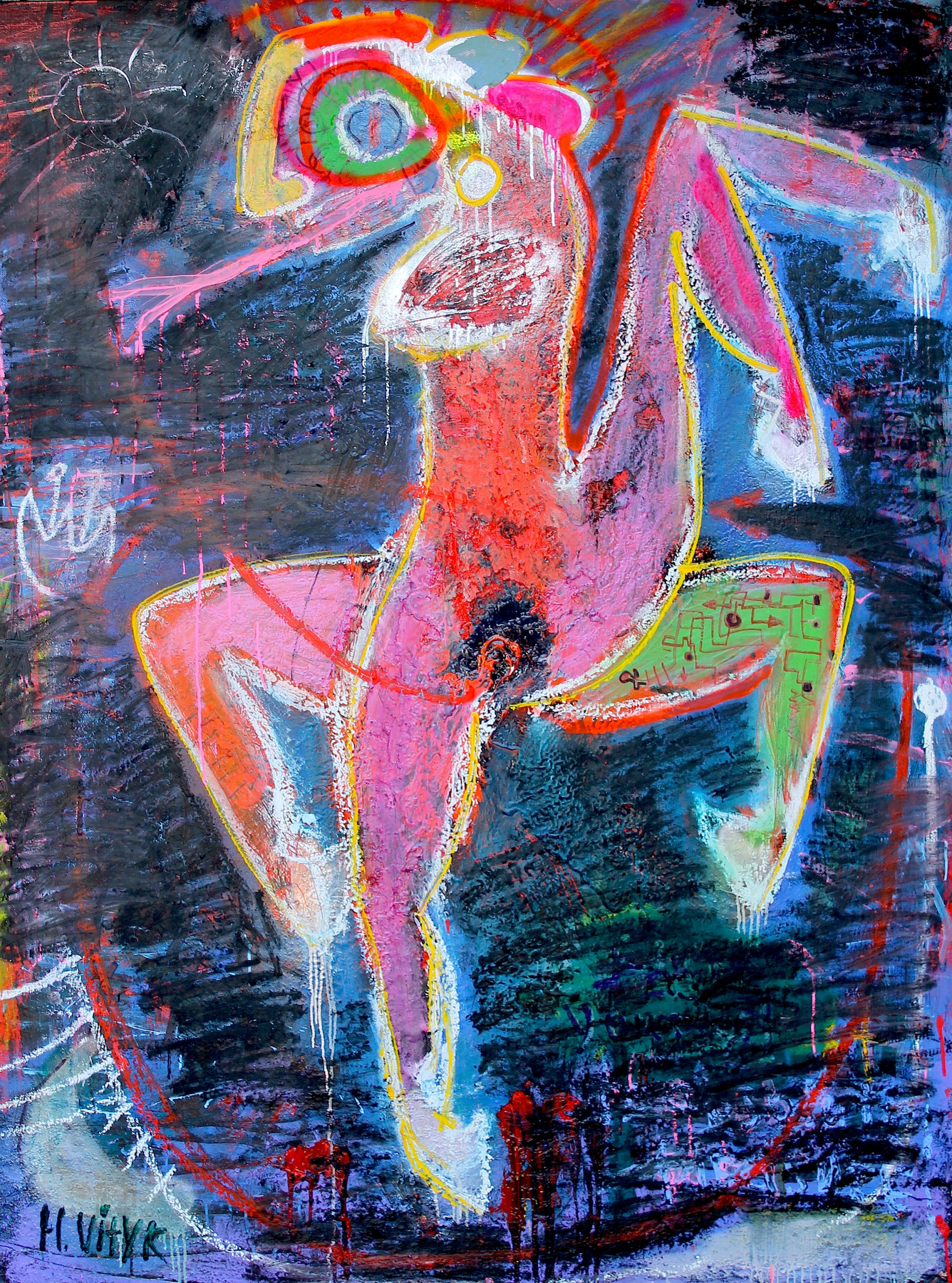 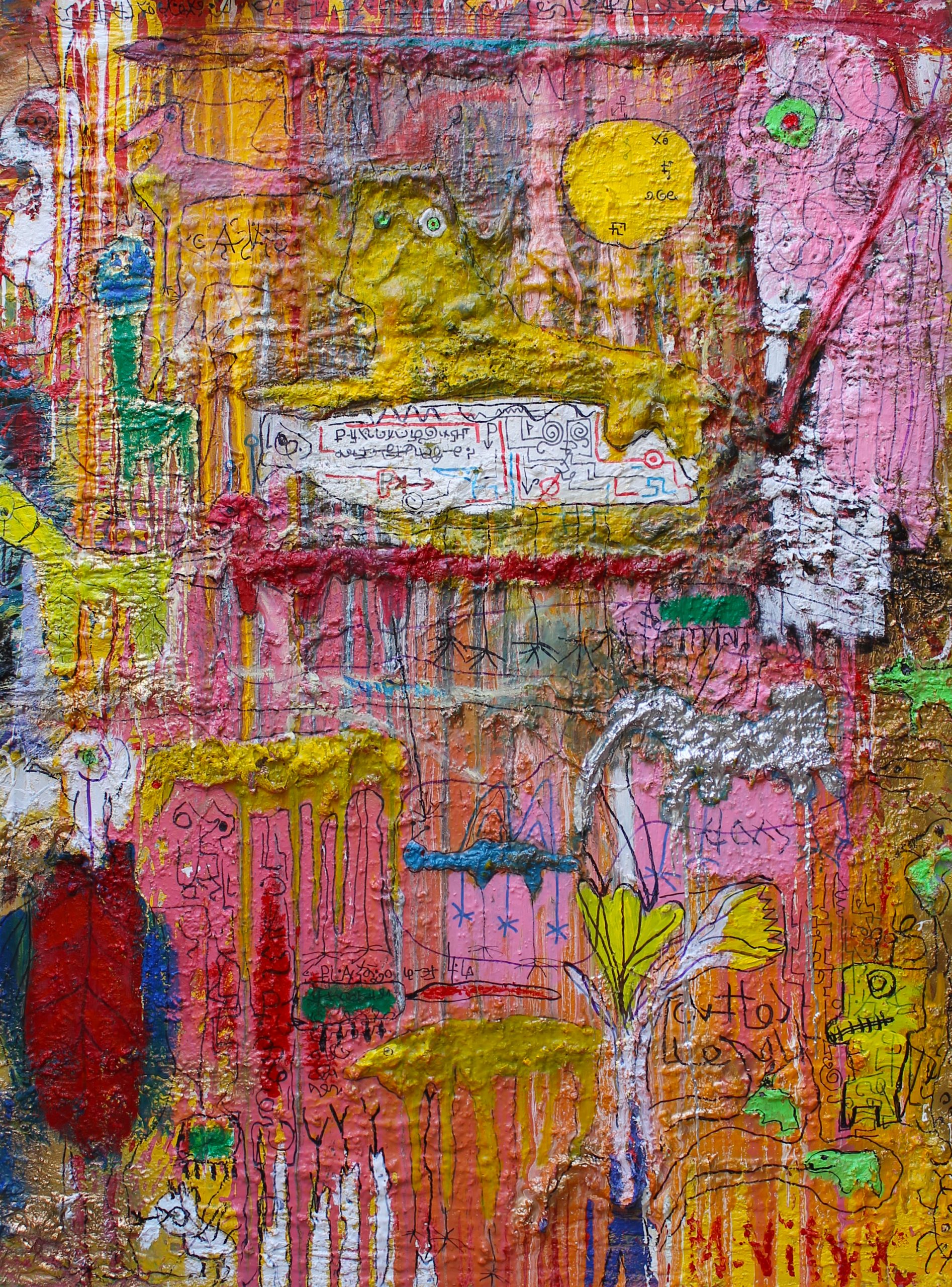 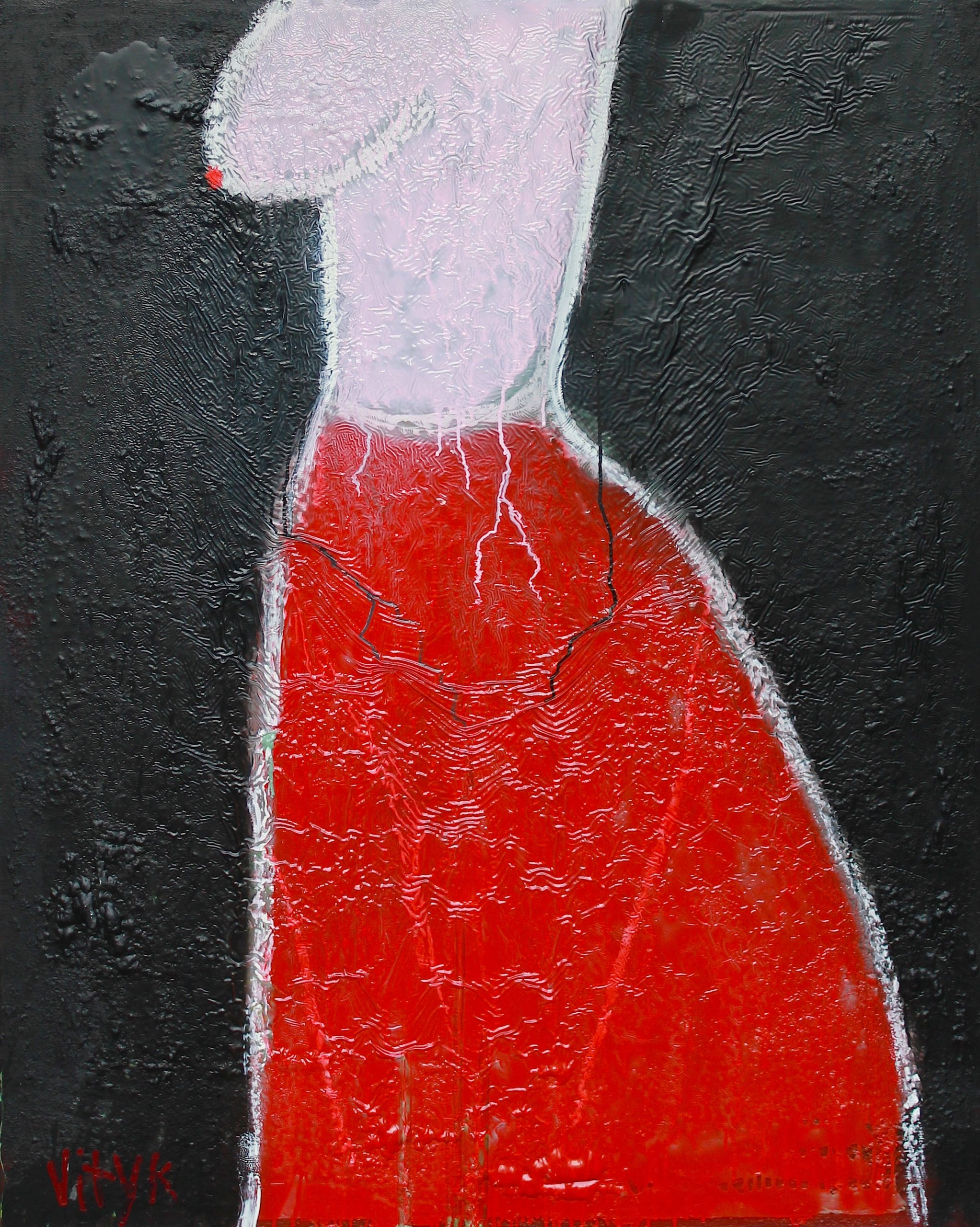 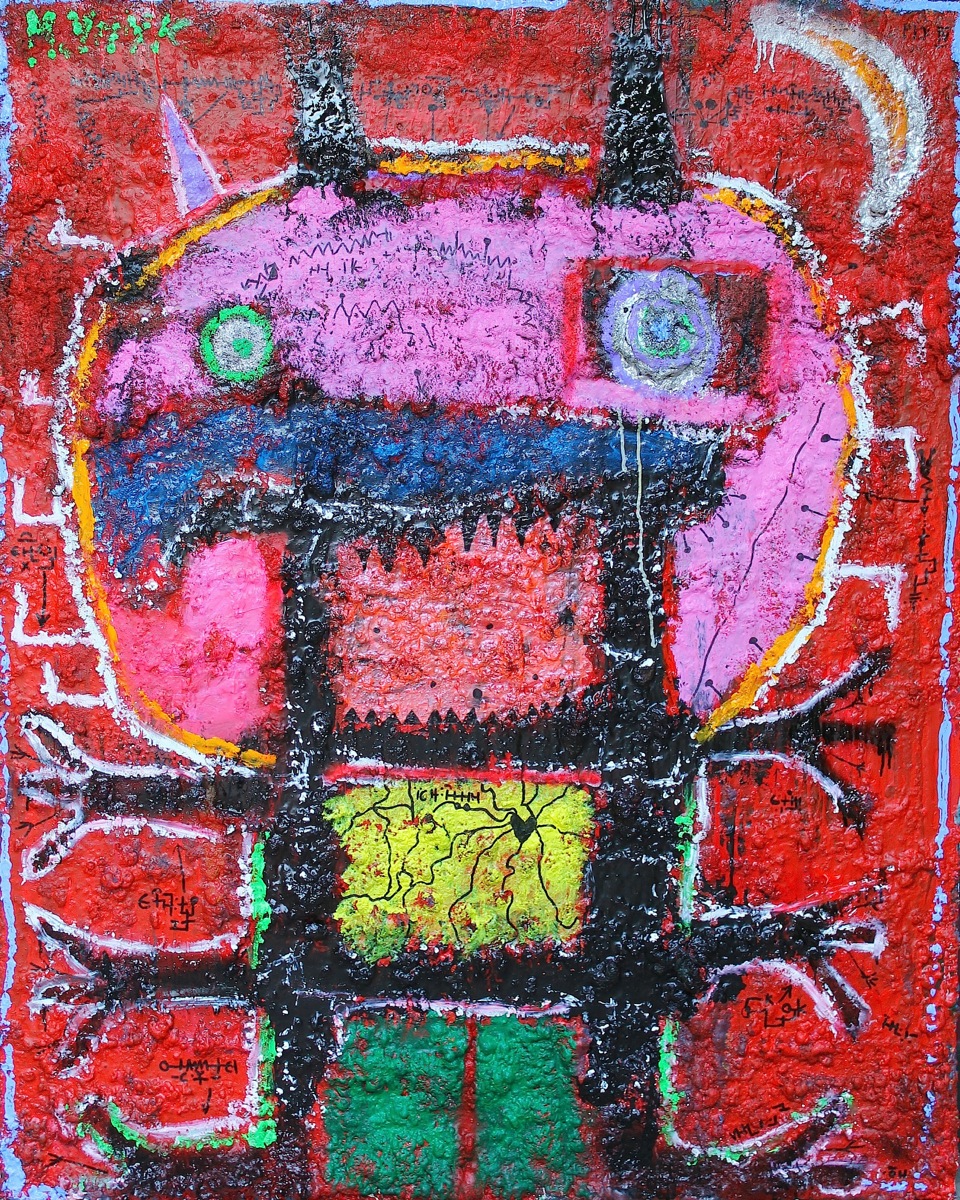 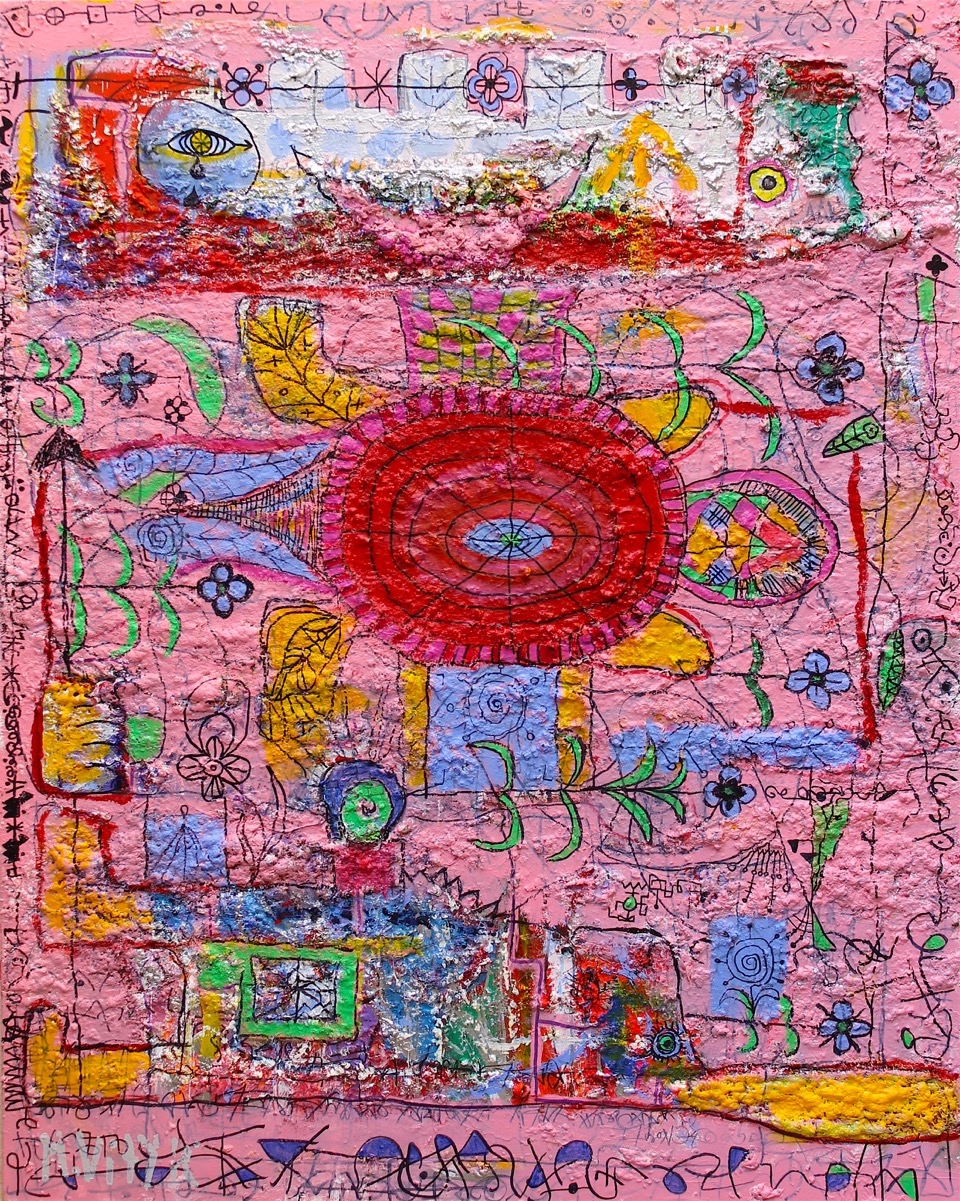 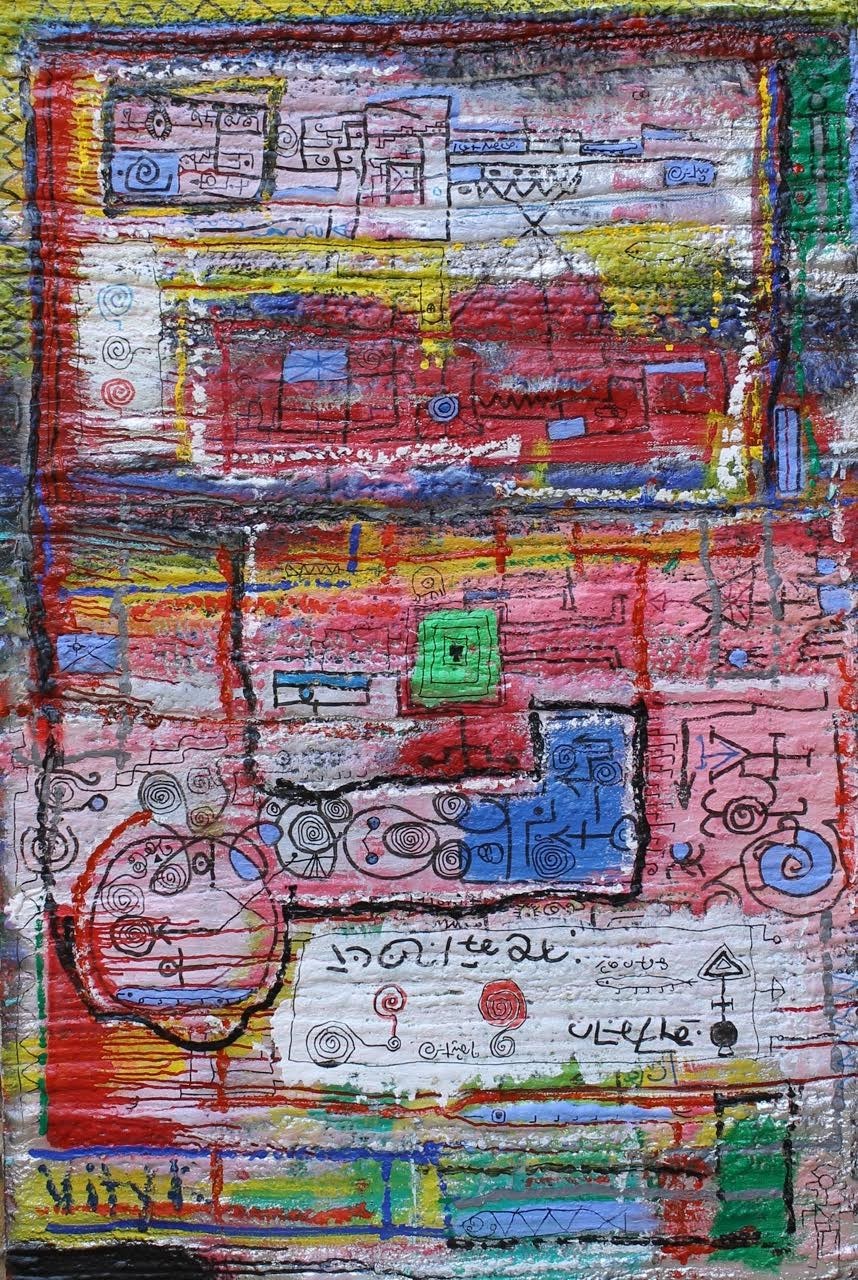 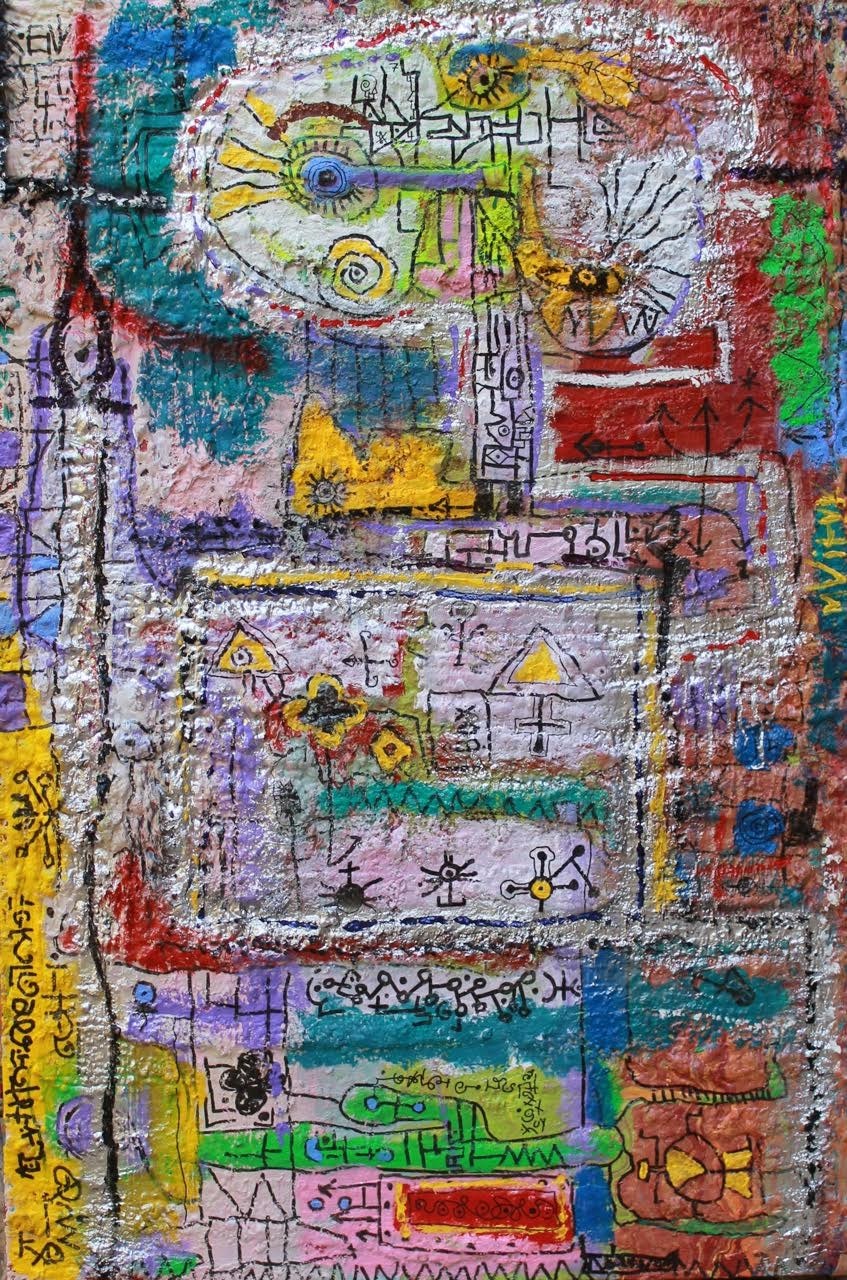 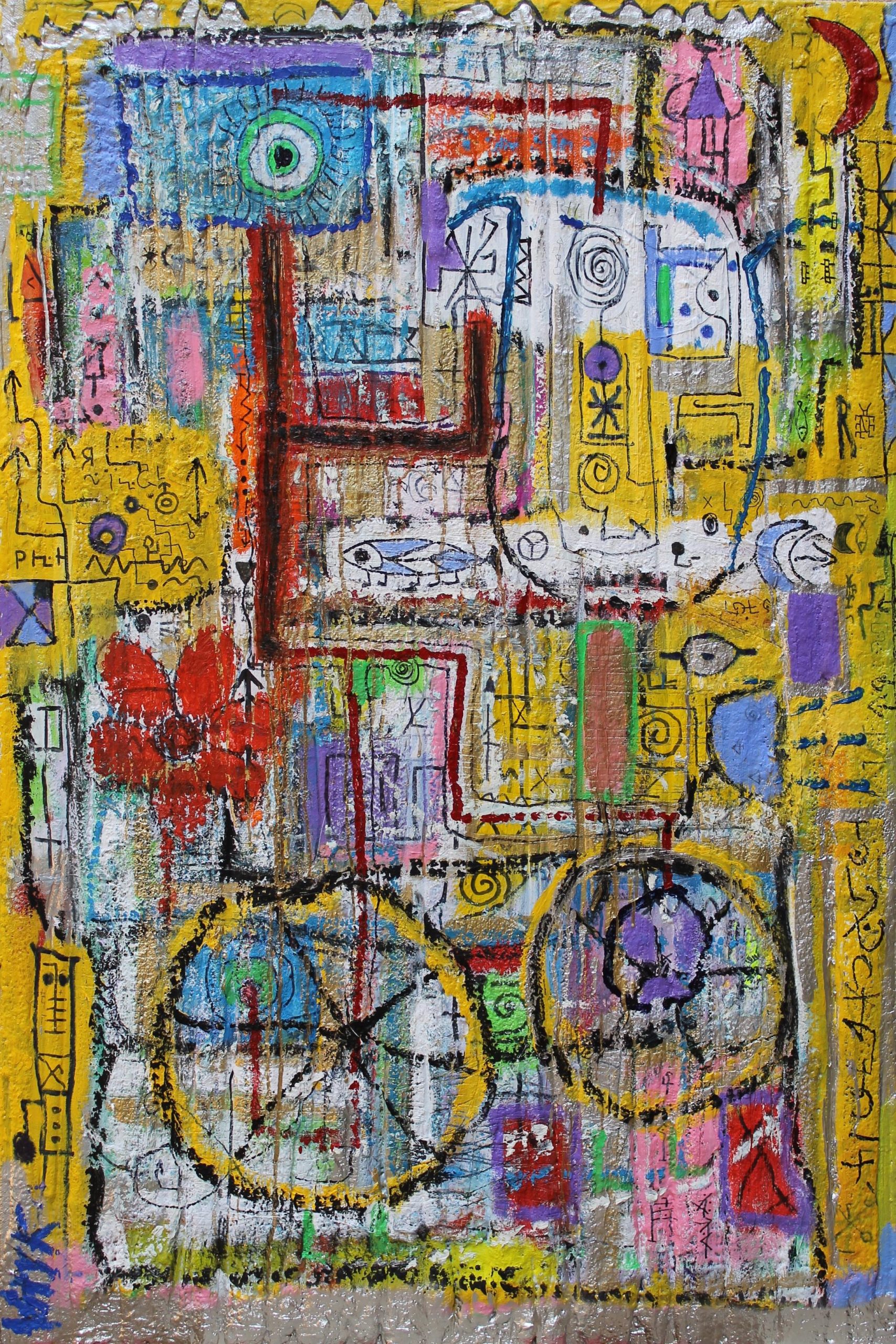 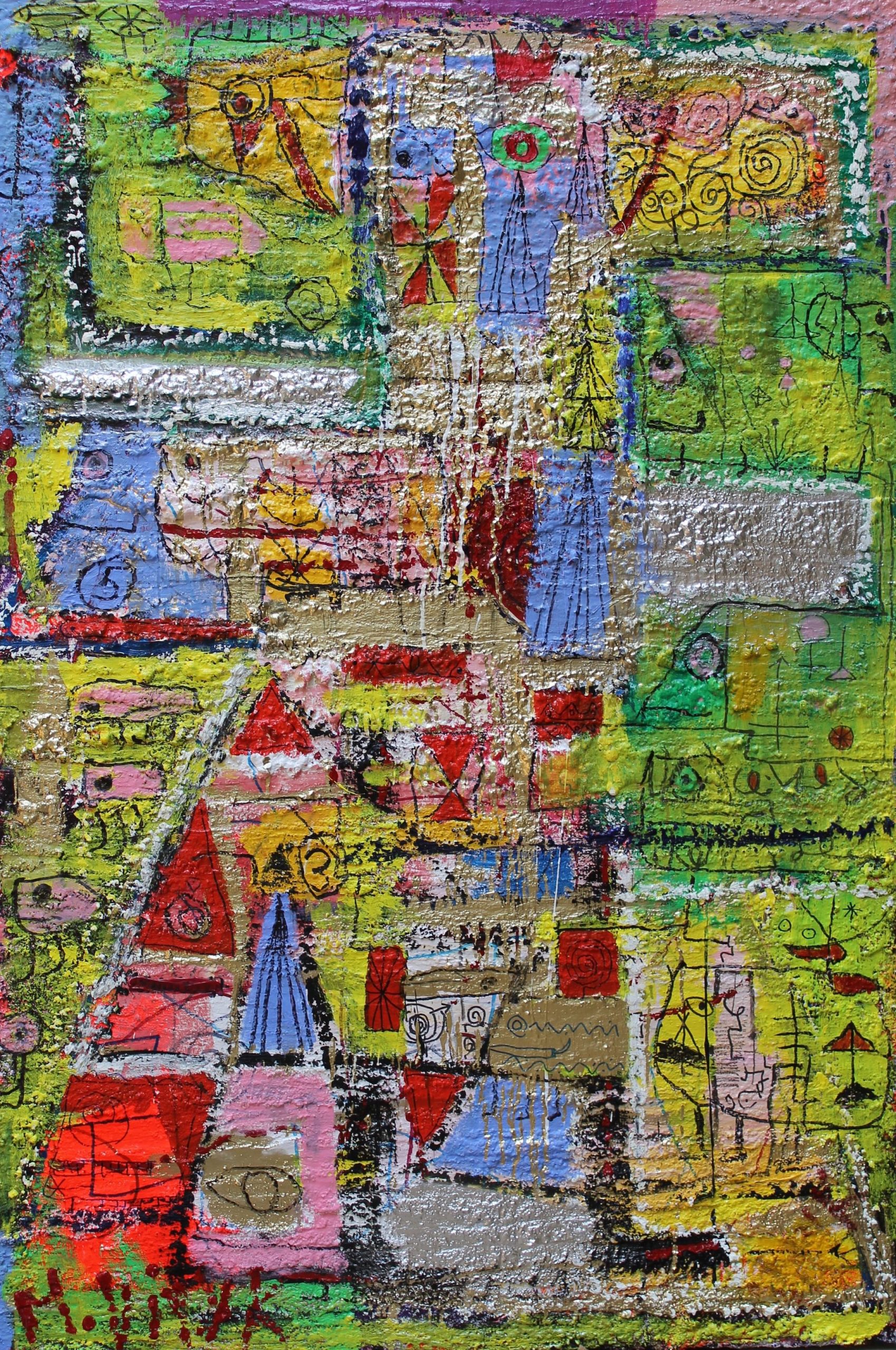 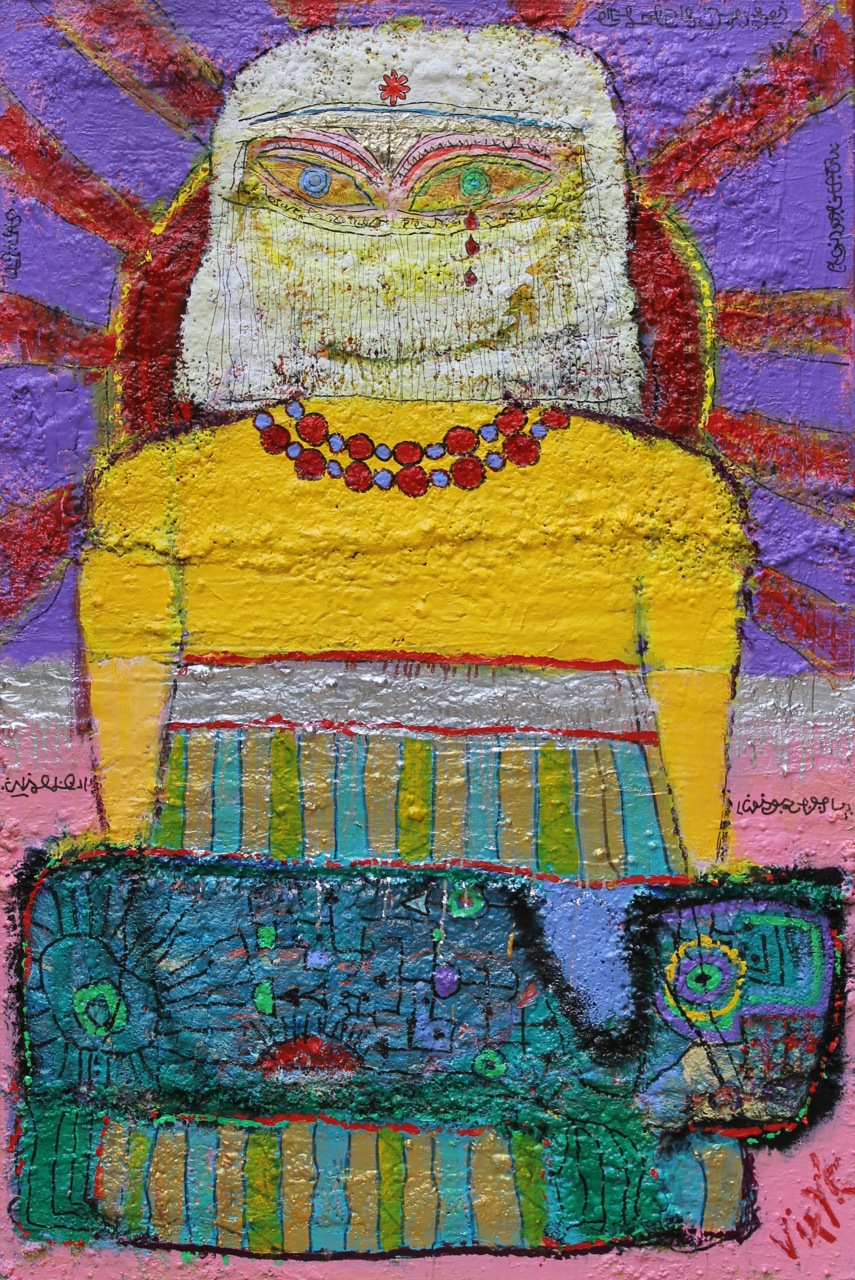 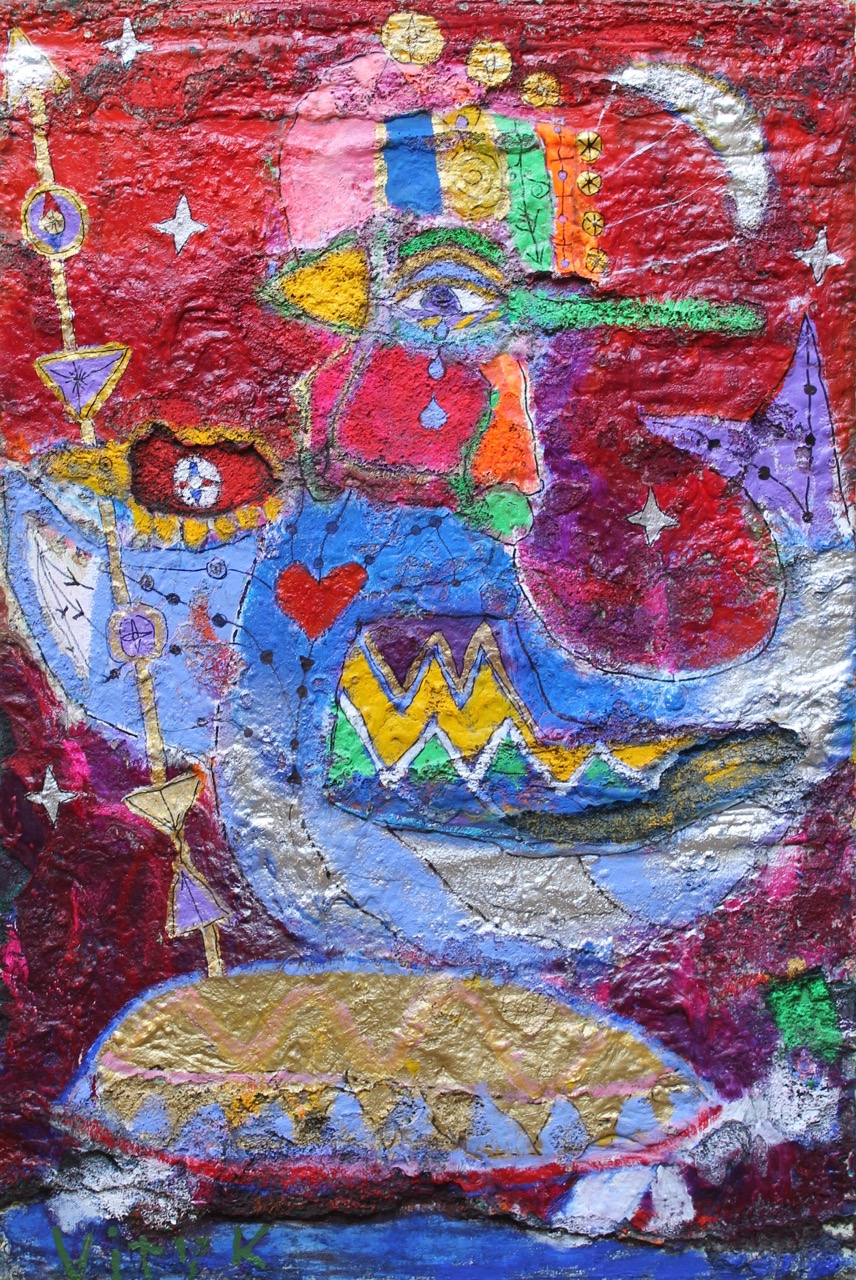 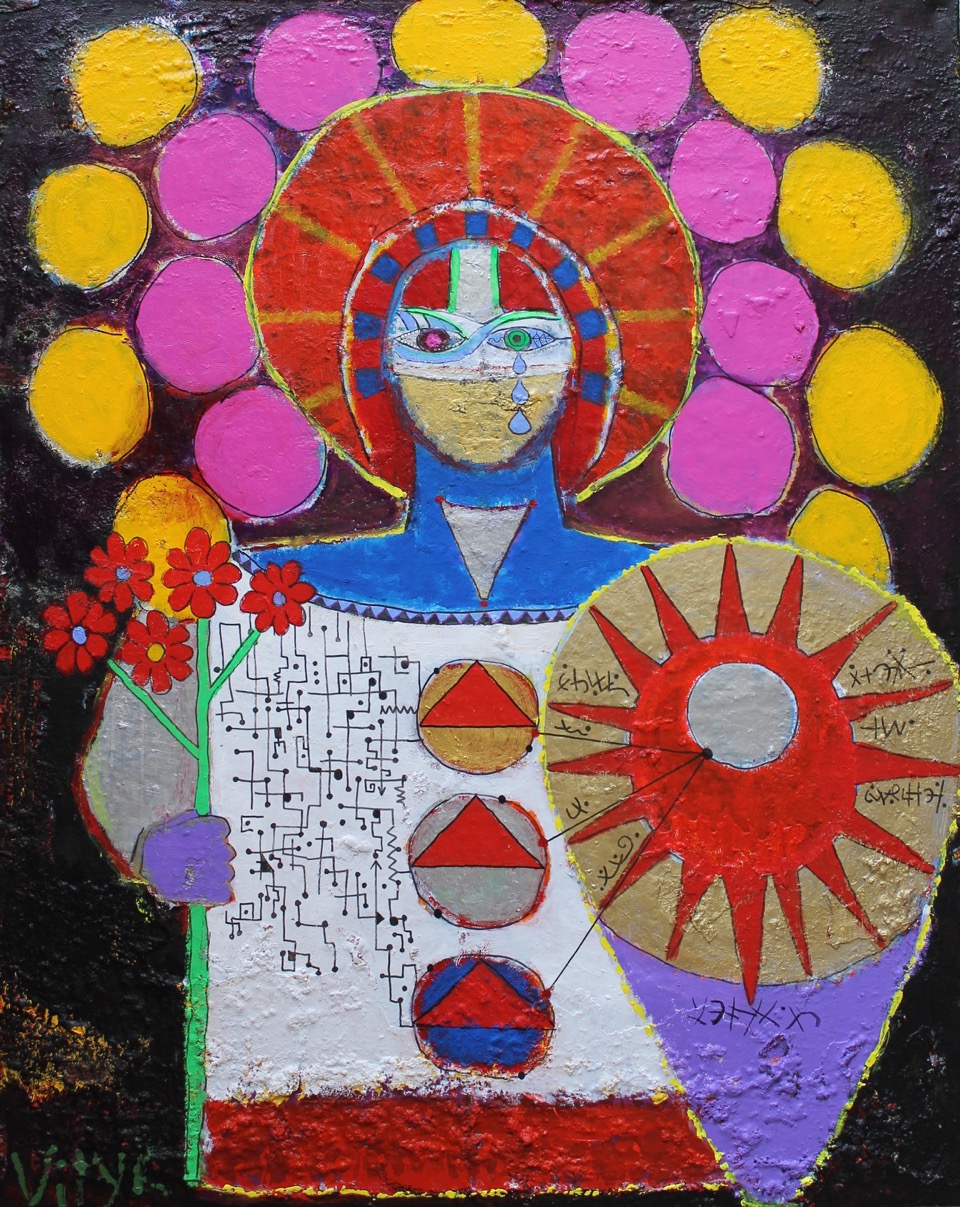 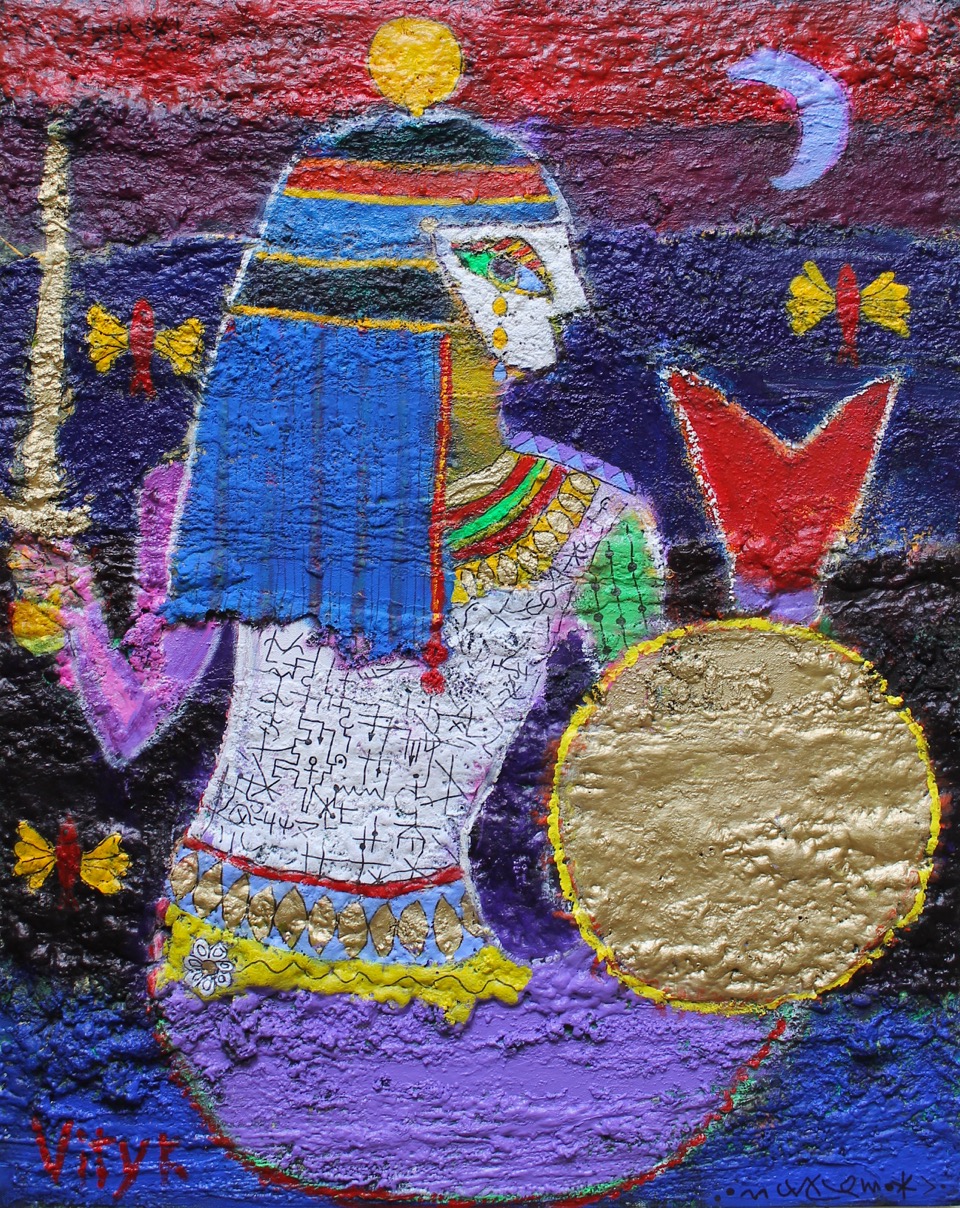 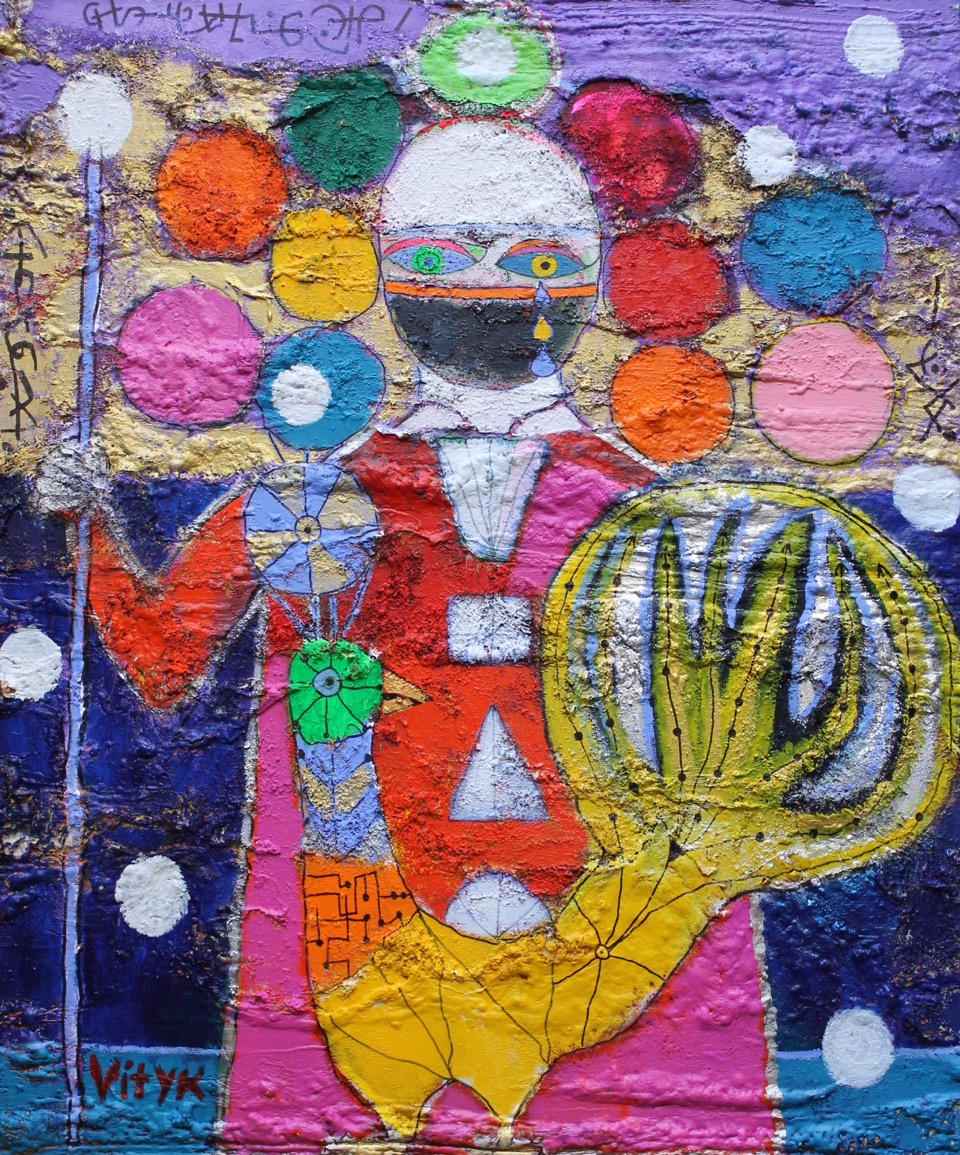