A Talk and Book Signing with Olesya Khromeychuk 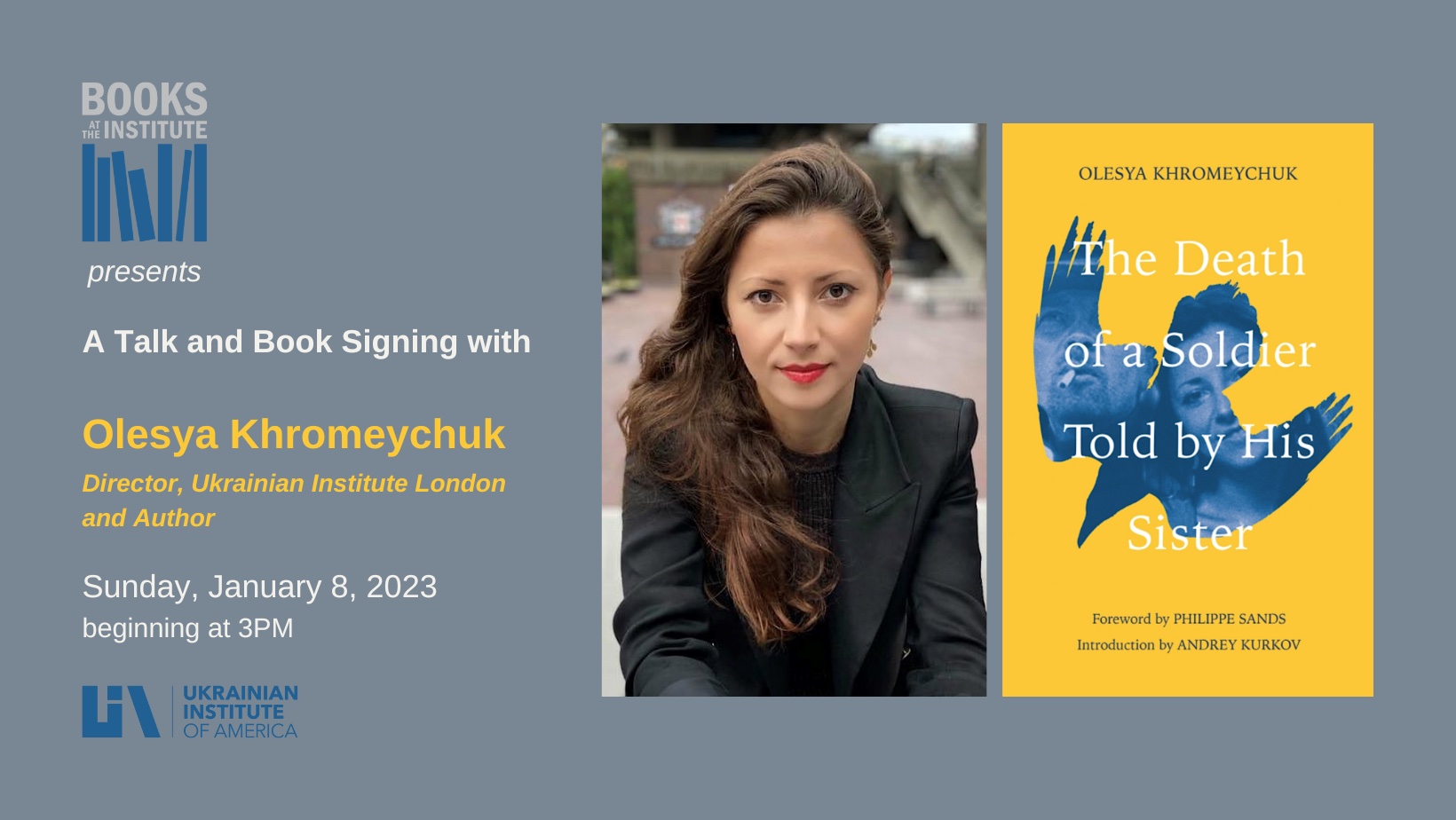 BOOKS AT THE INSTITUTE

A Talk and Book Signing with

Olesya Khromeychuk, Director of Ukrainian Institute London and author of The Death of a Soldier Told by His Sister

In conversation with Andrew Horodysky

This event is free and open to the public.

Killed in action as he served in the Ukrainian Armed Forces, Olesya Khromeychuk’s brother Volodya Pavliv died on the frontline in eastern Ukraine in 2017. As Olesya tries to come to terms with losing him, she also tries to process the Russian invasion of Ukraine: as an immigrant living in Great Britain, from far from the frontline, as a historian of war, and as a woman, a civilian, and a sister.

In this timely blend of memoir and essay, Olesya tells the story of her brother — the wiser older sibling, the artist and the soldier — and of his death. Deeply moving and thoughtful, it picks apart the ways political violence shapes everyone and everything it touches and depicts with extraordinary intimacy the singular and complicated bond between a brother and sister. Olesya’s vivid writing is a personal and powerful commitment to honesty in life, in death and in memory.

Moving, intelligent and brilliantly written, this is a sister’s reckoning with a lost brother, an émigré’s with the country of her childhood, and a scholar’s with her own suddenly acutely personal subject matter. A wonderful combination of emotional and intellectual honesty. It even manages to be funny.

— Anna Reid, author of Borderland: A Journey Through the History of Ukraine.

The Death of a Soldier Told by His Sister was re-released in September 2022 with updated reflections on the current war in Ukraine with an introduction by Andrey Kurkov.

For further information, please contact the Ukrainian Institute of America at (212) 288-8660 or mail@ukrainianinstitute.org.