Jews and Ukrainians, a Talk by Paul Robert Magocsi 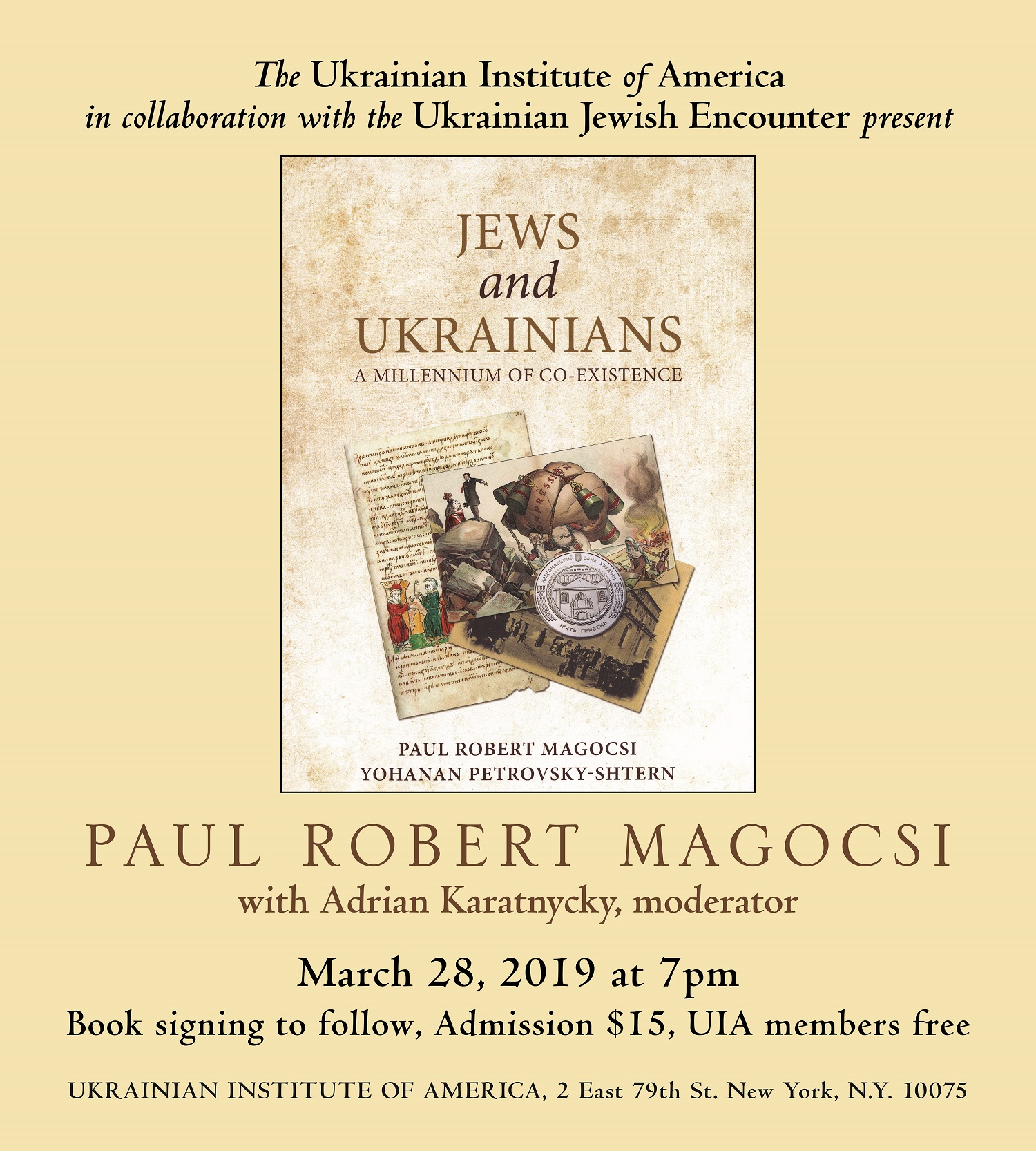 Jews and Ukrainians: Myths and Stereotypes
There is much that Ukrainians do not know about Jews and that Jews do not know about Ukrainians. As a result, Jews and Ukrainians who care about their respective ancestral heritages often view each other through distorted stereotypes, misperceptions, and biases. Professor Paul Robert Magocsi will shed new light on controversial issues in Ukrainian-Jewish relations, including questions of anti-Semitism, and argue that cultural and historical experiences not only divided ethnic Ukrainians and Jews, but also brought them together.
Paul Robert Magocsi is a professor of history and political science at the University of Toronto, where since 1980 he has held the endowed John Yaremko Chair of Ukrainian Studies. He is the author of over 800 works, including 40 books primarily in the fields of political, cultural, and religious history, sociolinguistics, bibliography, cartography, immigration and ethnic studies.
General Admission $15 | UIA Members free
The first ten people who purchase tickets will get a free copy of the book “Jews and Ukrainians: A Millennium of Co-Existence.”
BUY TICKETS
Jews and Ukrainians, a Talk by Paul Robert Magocsi
+ Google Calendar+ iCal Export

The Power of Passion Series

The Power of Passion: UIA conversations with people who bring us vision and social purpose featuring John Hewko, General Secretary/CEO – Rotary International and The Rotary Foundation.