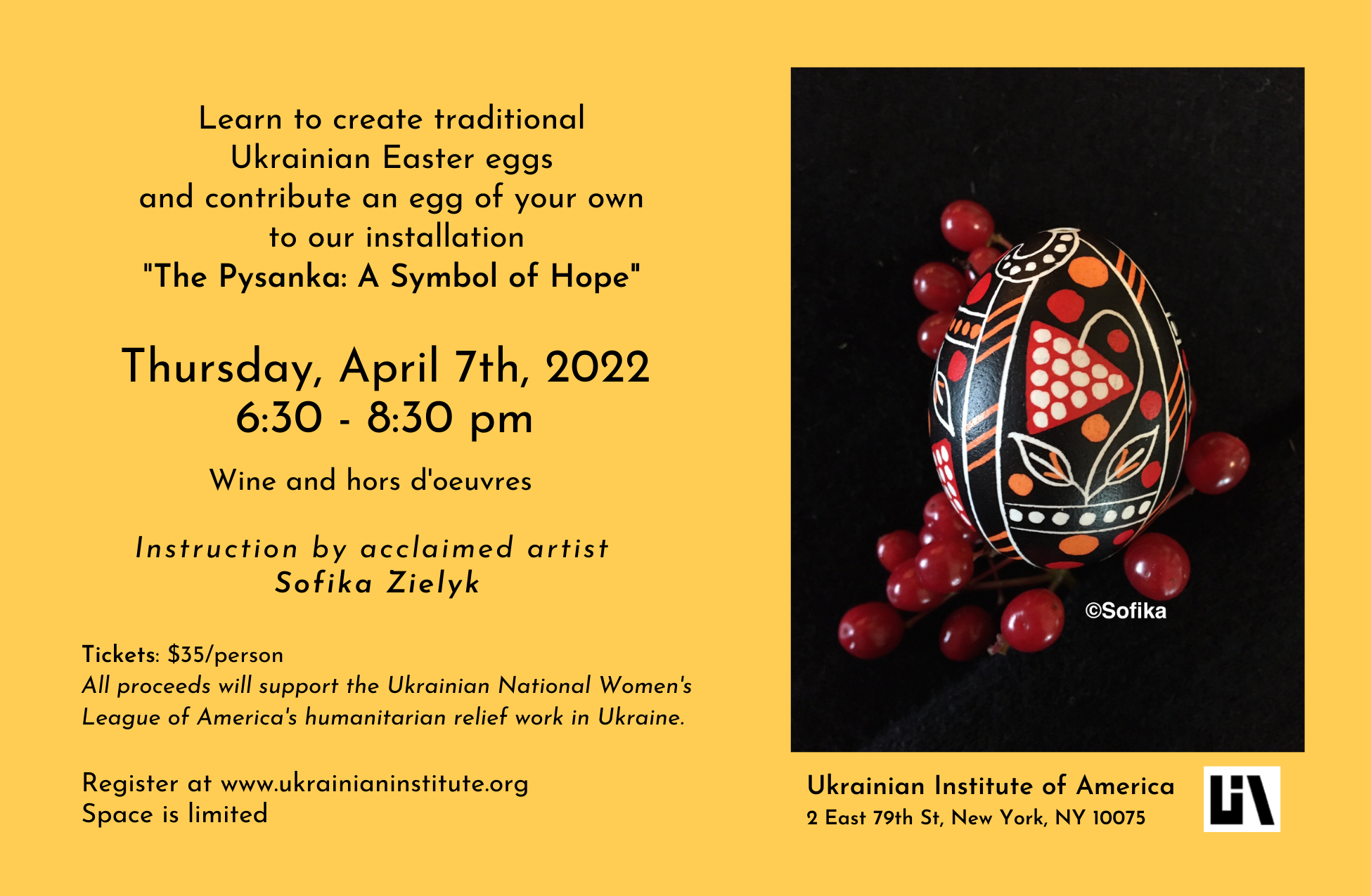 Learn to make traditional Ukrainian Easter eggs with acclaimed artist Sofika Zielyk and contribute an egg of your own to our installation “The Pysanka: A Symbol of Hope.”

About the Pysanka Thousands of years ago, the agrarian people living in the area now known as Ukraine, depended on the Sun for survival. It gave them light, warmed them and made their crops grow. Not surprisingly they came to venerate the Sun as one of their most important gods and created rituals to honor this deity. Pagan spring rituals celebrated the return of the Sun after a long dark winter and the humble egg played a central role in this celebration. Created using the batik wax-resistance technique, the Ukrainian Easter egg or pysanka (from the word “pysaty” or “to write”) was believed to possess enormous power. For the ancients, holding a pysanka in one’s hand was a way of harnessing the power of the sun. The whole egg represented the rebirth of nature, while the yolk alone was the symbol of the all powerful Sun god. Pysanky were revered as talismans; they protected the family against evil, disease and fire. People believed that through patterns on the egg shell they could send messages of tributes and entreaties to the pagan gods. When Ukraine accepted Christianity in the 10th century AD, many aspects of paganism were incorporated into the new religion. The pysanka transitioned from a spring ritual to a celebration of Easter.

Your $35/person ticket purchase will go directly to the Ukrainian National Women’s League of America, to fund their ongoing humanitarian relief efforts related to the war in Ukraine. This contribution is tax-deductible.