Vasyl Bazhaj, born in Lviv in 1950, defined his artistic style in the late 1980s when the reins of government censorship loosened and painting provided him a venue for a furious offensive against the system. He graduated from State Institute of Applied and Decorative Art. He is head of the Conceptual Art Department at the Lviv Union of Artists along with being a member of the board of the Lviv Union of Artists, both located in Lviv, Ukraine where he lives and works.

Born in Lviv, Ukraine, Oleh Denysenko concentrated in graphics while studying at the National Academy of Printing (Lviv). He holds over thirty international honors for printmaking, including Grand Prize of the 9th Mondial Triennale for Small Prints (2014) in Chamalieres, France. Recent participation in other comprehensive print expositions include the International Triennial of Small Graphic Art, Łódź, Poland, “Global Matrix VI” International Printmaking Exhibition, Purdue University Galleries, and the 10th International Biennial of Modern Printmaking, Trois-Rivières, Quebec. He is an active member of the Union of Ukrainian Artists and the Academic Senate of the International Academy of Modern Art (Rome). Oleh Denysenko lives and works in Lviv.

The Iconart Gallery in Lviv, Ukraine, established in 2009, specializes in the contemporary artistic interpretation of spiritual topics, reconsidering this important issue in today’s cultural context. In the past five years, the gallery has developed a network of artists throughout Ukraine, with a substantial body of work. It is the only gallery of contemporary sacred art in Ukraine that focuses primarily on the spiritual, religious dimensions of contemporary art. Since its opening in 2010, the gallery has organized more than 60 exhibitions and events that were dedicated to the spiritual problems of modern Ukrainian culture, and have presented works by several generations of artists of various styles and techniques. All of these work are inspired by Christian culture and personal spiritual experience of the artists.

A graduate of the National Academy of Fine Arts and Architecture in Kyiv, Ganna Kryvolap actively participates in gallery exhibitions and fairs in Ukraine and abroad. Her works are found in the American Embassies Collection, National Museum in Zaporizhia (Ukraine), MOYA/Museum of Young Art, Vienna, as well as private collections in Europe and the US. Ms. Kryvolap currently lives and works in Sarajevo (Bosnia and Herzegovina).

Roman Luchuk was born in Kosiv, Ivano-Frankivsk Oblast, in western Ukraine. He studied painting at the Kosiv College of Applied and Decorative Art and interior design at the Lviv National Academy of Art. His paintings have been included in numerous group and solo exhibitions throughout Ukraine. Mr. Luchuk lives and works in Kosiv, where he also teaches painting at the Kosiv regional branch of the Lviv National Academy of Art.

Les Panchyshyn was born in Novy Rosdil (Ukraine) and later moved to L’viv where in 2015 he graduated with honors from L’viv Academy of Arts, and received a master’s degree in Ceramics. As a photographer and video director he collaborated with a lot of well-known Ukrainian music bands such as Pikkardiyska Tersiya, Komu Vnyz, Panchyshyn, Antytila, Vivienne Mort, and Rock-H. Panchyshyn gained his reputation as one of the most progressive young West-Ukrainian artist after his numerous exhibitions in Ukraine and abroad.

Ilona Sochynsky is a prolific fine artist, graphic designer, and educator. A graduate of the Rhode Island School of Design and MFA from Yale Sochynsky has been exhibiting her works in a multiplicity of media since the early 1980’s in New York, New Jersey, Connecticut, Delaware, Chicago, Washington, D.C., Maryland and Rhode Island. She successfully ran a graphic design firm, Ilona Sochynsky Associates until 1979, at which time she decided to devote energies to painting full time. Her initial paintings of this period address the concerns of Pop Art and Photorealism, particularly the work of James Rosenquist. By the mid-1980s, she shifted towards more internalized personal concerns integrating relationships, pop culture, into images with psychological and emotional intensity. In the 1990s, she turned towards formalism, exploring color and design elements, often in works made up of small-scale canvases. Of late, these interests have become manifest in large-scale, shaped canvasses, which are almost playful in their vibrant colors.

Spanning a career of over forty years, she has exhibited widely in the U.S. and abroad. Her most recent exhibits include the current one at the Ukrainian Institute, Viewpoints at Windham Fine Arts, NY, Flying Colors at Zorya Fine Arts, CT, and Fugues: A Solo exhibit by Ilona Sochynsky at Kaaterskill Fine Arts Gallery, NY.

Tanya Vasilenko graduated from Kyiv State Institute of Applied Arts and Design named after Mychailo Boichuk, in 1997. Tanya works in own painting technique that can be called “volumetric painting.” Artworks of Tanya are in private collections in USA, Germany, Switzerland, Kuwait, Russia, Ukraine. She is a member of National Union of Artists of Ukraine. Currently works and lives in Kyiv, Ukraine.

Born in Lviv, Ukraine, Max Vityk began painting in the late 1990s, after earning a doctorate in Earth Sciences. He has lived, worked and exhibited in the United States, Ukraine, and The Netherlands, and since 2015, lives and works in Cairo, Egypt. Mr. Vityk’s artworks can be found in private, corporate and institutional collections worldwide. 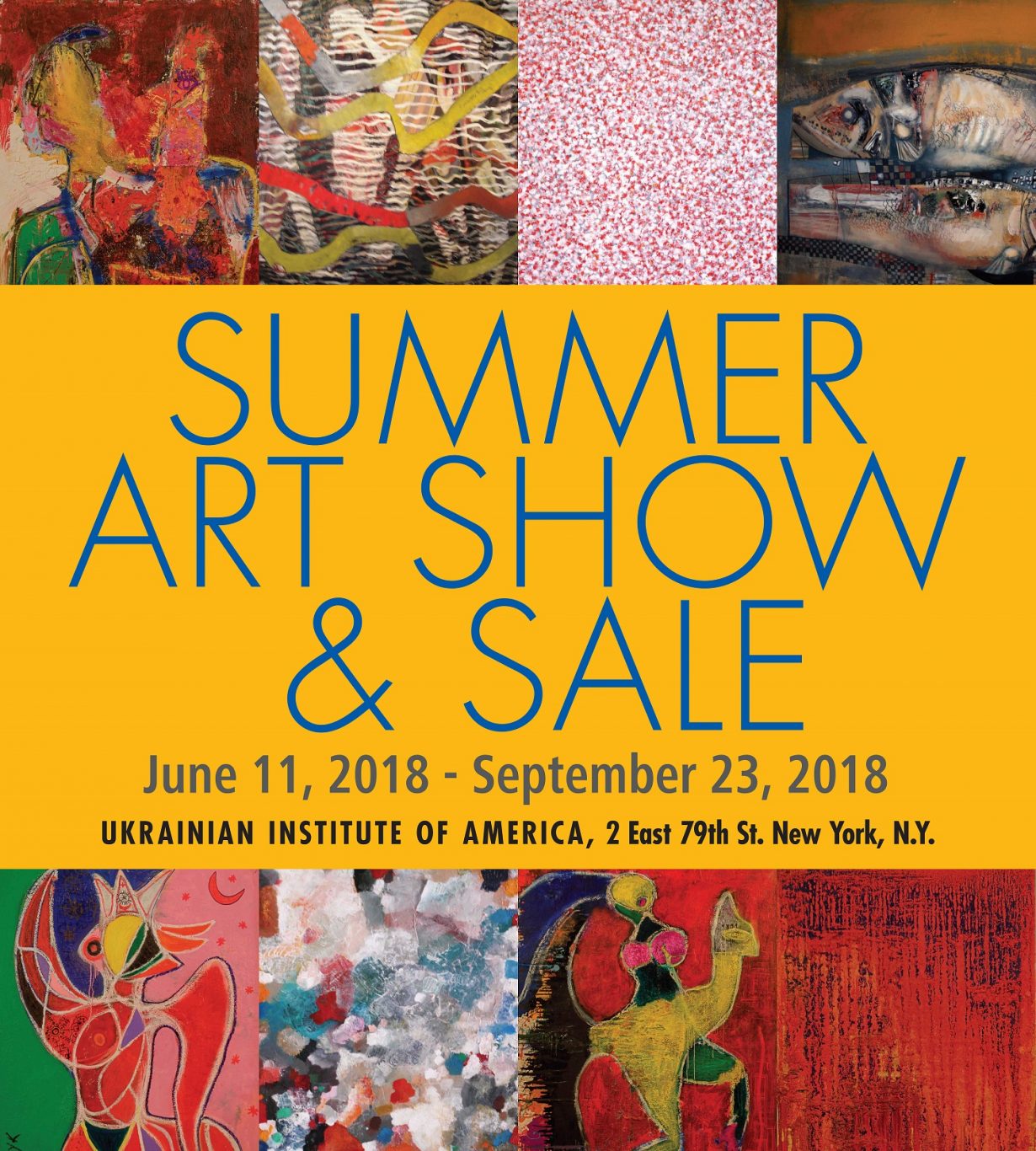 Reception for the artist: Friday, October 8 from 6:00 to 8:00pm In compliance with the most current New York State and New York City COVID public health and safety guidelines, proof of vaccination and masks are required for attendance of

Individual Early Bird tickets will be available through September 30th for $250 and at $175 for Next Gen guests (under 40), so secure your spot now!