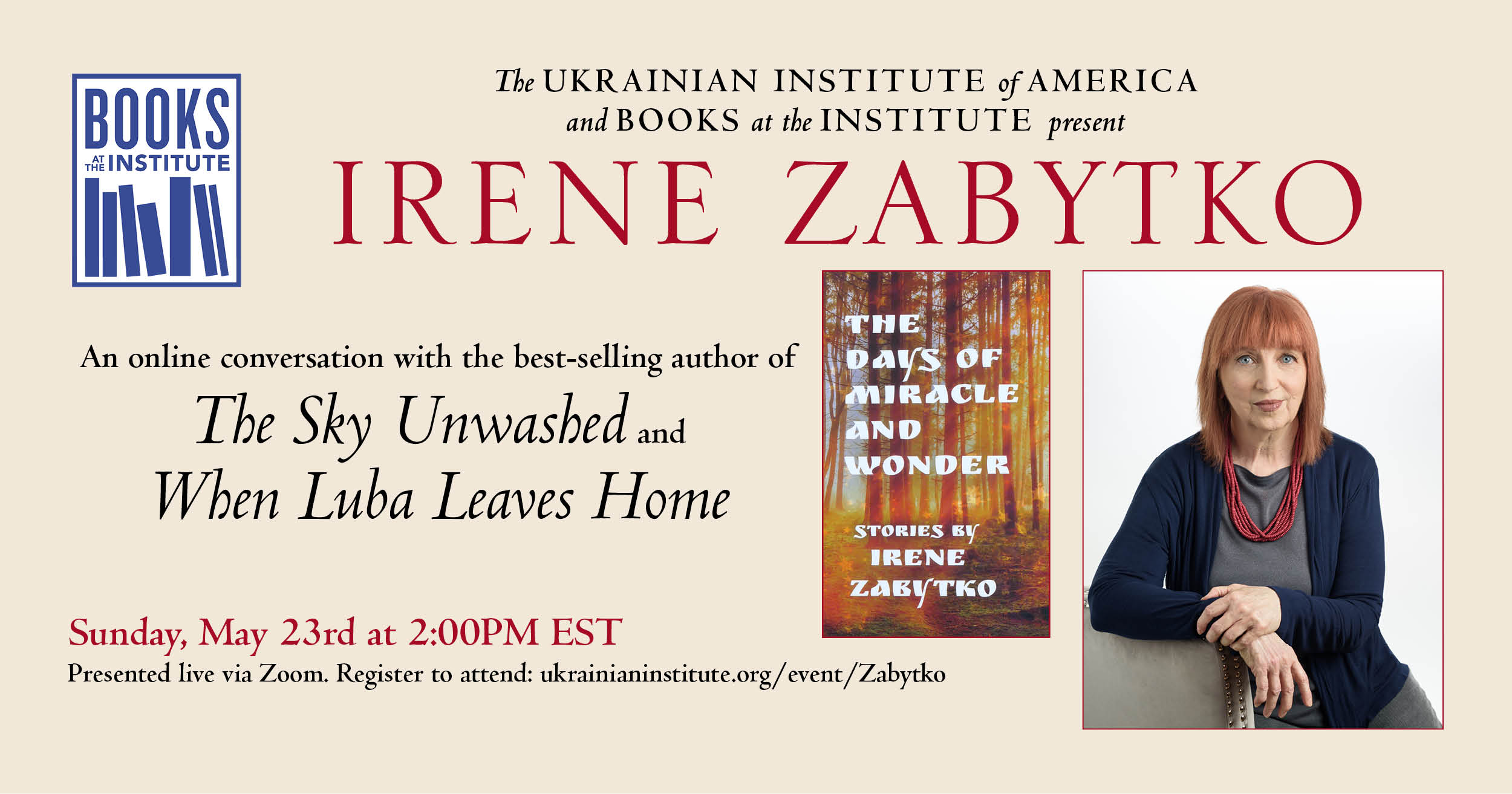 Join us online for an afternoon conversation with Irene Zabytko as she talks about the writing life and her latest short story collection, The Days of Miracle and Wonder, featuring famous and infamous people with historical, political, spiritual, and even sinister ties to Ukraine. Most of the narratives are set in Ukraine just before or after the breakup of the Soviet Union, a time when the country suffered from significant economic and social distress. Characters include an Elvis wannabe, a bitter cosmonaut, an Olympic swimmer fallen on hard times, and a great actor toiling in a Siberian gulag.

We will be presenting this event virtually via Zoom.  RSVP

Attendees will have an opportunity to contribute comments and ask questions.

Irene Zabytko is the author of The Sky Unwashed, a novel about Chornobyl and the evacuees who returned to their irradiated villages. It was a Barnes & Noble Discover Great New Writers Book, A Book Sense ‘76 Pick Selection, and a New England Booksellers Association Discovery title. The e-book version was rated Number One on Amazon.com and appeared on “The New York Times Bestseller e-Books List.”  She is also the author of the short story collection When Luba Leaves Home, based on the Ukrainian community in Chicago. One of the stories, “Obligation,” won the PEN Syndicated Fiction Award, and was read on National Public Radio’s “The Sound of Writing.” It was selected as The New York City Public Library’s Best Books for the Teen Age ‘04.

In 2016-17, Ms. Zabytko was awarded a Fulbright U.S Scholar Award to Ukraine where she researched the Ukrainian-based haunts of 19th century writer Nikolai Gogol for an upcoming novel.

The Days of Miracle and Wonder: Stories