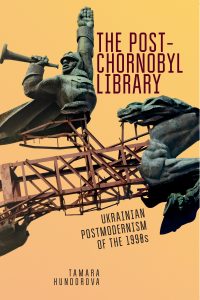 The Ukrainian Institute of America is delighted to invite you to a special book talk and signing by author Tamara Hundorova The Post-Chornobyl Library: Ukrainian Postmodernism of the 1990s.

The Post-Chornobyl Library: Ukrainian Postmodernism of the 1990s
By Tamara Hundorova
Translated by Sergiy Yakovenko

General Admission: $15, UIA Members: $10
The first three people who purchase tickets will get a free copy of the book.

Having exploded on the margins of Europe, Chornobyl marked the end of the Soviet Union and tied the era of postmodernism in Western Europe with nuclear consciousness. The Post-Chornobyl Library in Tamara Hundorova’s book becomes a metaphor of a new Ukrainian literature of the 1990s, which emerges out of the Chornobyl nuclear trauma of the 26th of April, 1986. Ukrainian postmodernism turns into a writing of trauma and reflects the collisions of the post-Soviet time as well as the processes of decolonization of the national culture. A carnivalization of the apocalypse is the main paradigm of the post-Chornobyl text, which appeals to “homelessness” and the repetition of “the end of histories.” Ironic language game, polymorphism of characters, taboo breaking, and filling in the gaps of national culture testify to the fact that the Ukrainians were liberating themselves from the totalitarian past and entering the society of the spectacle. Along this way, the post-Chornobyl character turns into an ironist, meets with the Other, experiences a split of his or her self, and witnesses a shift of geo-cultural landscapes. 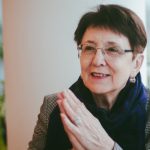 Dr. Sergiy Yakovenko teaches in the Department of English at MacEwan University. He received his PhD in Comparative Literature from the University of Alberta. He is the author of Romantics, Aesthetes, Nietzscheans: Ukrainian and Polish Literary Criticism of the Early Modernist Period (2006) and Poetics and Anthropology: Essays on Ukrainian and Polish Prose on the 20th Century (2007), both books in Ukrainian.

What others say about The Post-Chornobyl Library: Ukrainian Postmodernism of the 1990s

“The Chornobyl nuclear disaster affected much more than human health and the environment. It also challenged the human spirit and gave birth to the rise of new thinking not only about nuclear energy and politics but also about culture, literature, and identity. Nowhere has that transformation become more profound than in Ukraine, where Chornobyl had jump-started the era of mass politics and set the country on the path to political independence. As it is masterfully argued by Tamara Hundorova, Chornobyl also had a lasting impact on Ukrainian literature, helping to end the era of socialist realism and inaugurate a new post-modern literature and worldview. The Post-Chornobyl Library is not only a new and provocative look at Ukrainian literature, but also a highly original contribution to a broader debate on postmodernism and interrelationship between literature and ecology.” — Serhii Plokhy, author of Chernobyl: The History of a Nuclear Catastrophe

“Readers of Tamara Hundorova’s 2005 Postchornobyl’s’ka biblioteka will have to read again: this is no mere translation, but a revisitation, generously fleshed out with more and new interpretive penetration, of a Ukrainian critical classic. The cultural turbulence, the paradoxical overlayering of incompatible worldviews and extravagant literary stances that came after Chornobyl and provided a chorus for the demise (forever, it then optimistically seemed) of Sovietness, cultural as well as political—these find their deservedly intricate, masterfully wrought recreation and interrogation in a collection of indispensable essays by a scholar of the first magnitude.” — Marko Pavlyshyn, Monash University

“Tamara Hundorova presents the Ukrainian carnival as a high manifestation of postmodernism but also a unique example of cultural power. Rich in examples, confident in approach and constructive in expectations, this book is probably the best analysis of Ukrainian literature, grasped in its seminal period between the Maidan rebellion and the Servant of the People movement.” — Alexander Etkind, Mikhail M. Bakhtin Professor of History of Russia-Europe Relations, European University Institute, Florence

To get a book signed, The Post-Chornobyl Library: Ukrainian Postmodernism of the 1990s will be available for purchase at The Ukrainian Institute on the evening of the book talk.