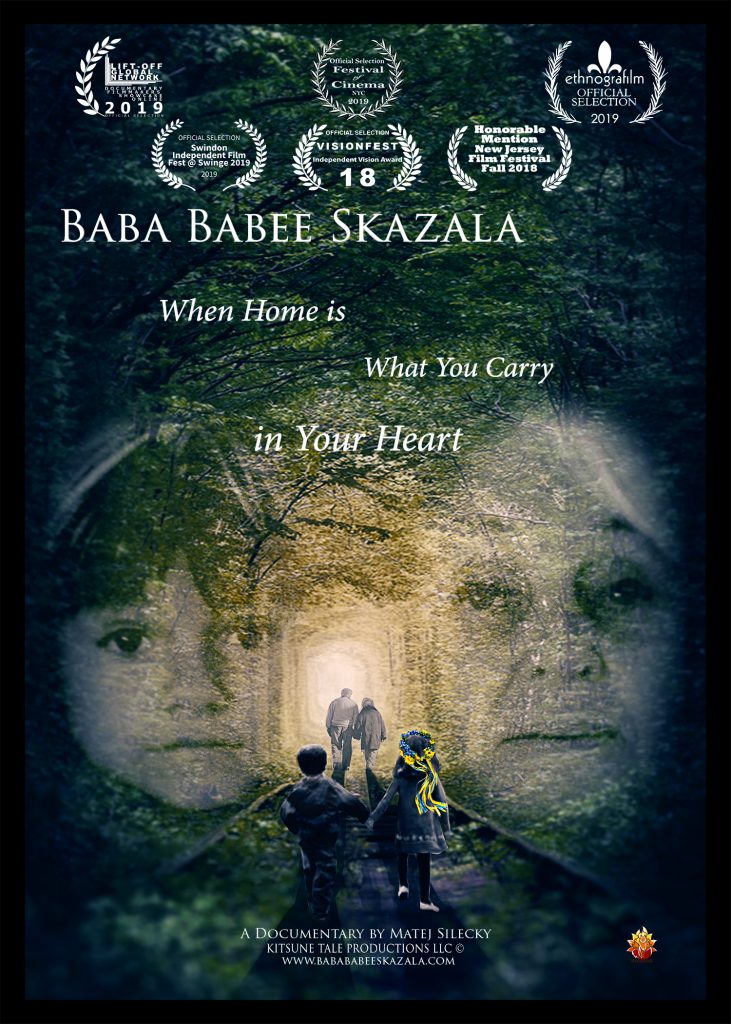 Baba Babee Skazala a documentary film by first-time filmmaker, Matej Silecky, tells the little-known story of Ukrainian children torn from their homes in the crush between the Nazi and Soviet fronts in World War II. Spending their childhood as refugees in Europe, these inspiring individuals later immigrated to the United States, creating new homes and communities through their grit, faith and deep belief in the importance of preserving culture. This film is the culmination of over 35 oral history interviews uncovering the experiences of these survivors, and includes historical context commentary by renowned expert, Rutgers University professor, Dr. Alexander Motyl. It also includes previously unseen archival materials from the National Film Archives in Ukraine as well as material from the Harvard Ukrainian Research Institute collection.

The screening will be followed by Q&A with the film’s director Matej Silecky and reception.

Matej is the founding director of Kitsune Tale Productions, LLC, but is perhaps best known for being the runner up on ITV’s “Dancing On Ice” 2018, with his celebrity partner, Brooke Vincent of ITV’s “Coronation Street.” Matej earned a B.A. in Interdisciplinary Studies from The University of California, Berkeley and a minor in Theater, Dance & Performance Studies. He developed Baba Babee Skazala while at UC Berkeley, and is excited to share these compelling stories and important history.