“Faces of Ukraine” features portraits and group scenes of Ukrainians and their work and home lives in the post-World War II period up until the mid-1980s. 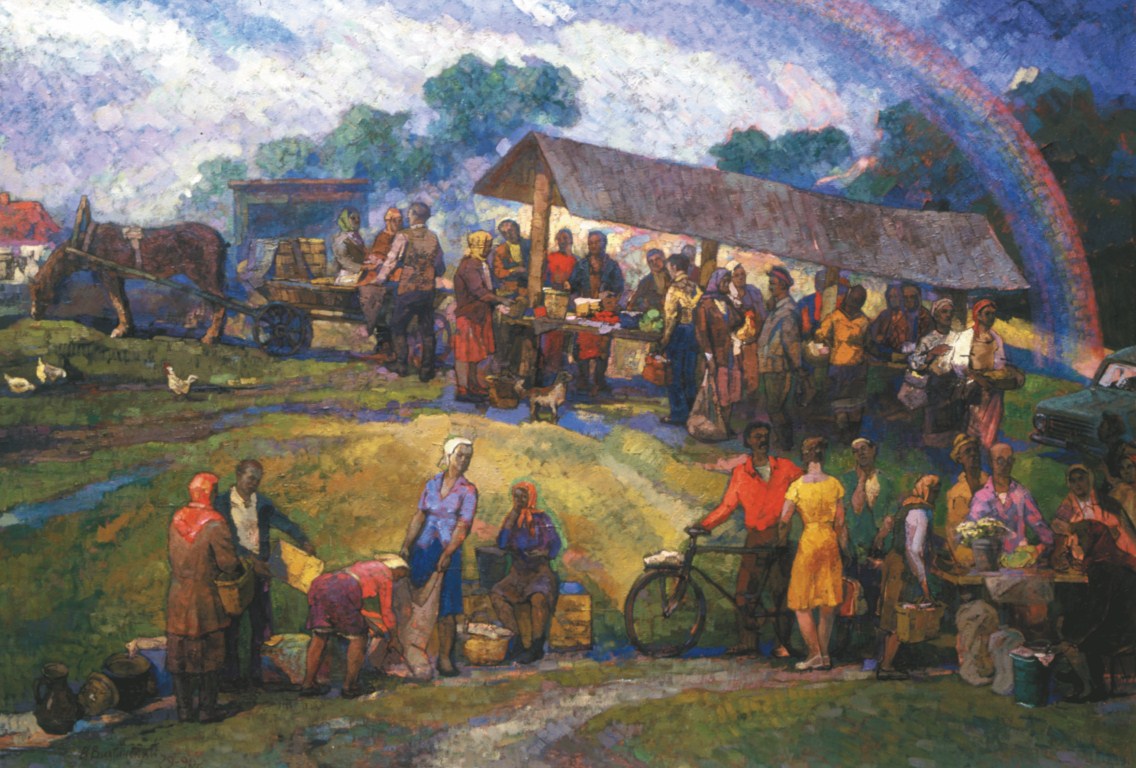 All of the paintings were collected by the late Jurii Maniichuk, a lawyer and consultant who was born in Ukraine and immigrated to the U.S. in the late 1980s. While working as a legal consultant for the World Bank in newly-independent Ukraine in the 1990s, Maniichuk decided to help struggling artists by buying and collecting Socialist Realist art, which had suddenly fallen from favor. The result of his efforts was a collection of close to 150 paintings by leading artists in Ukraine in that period. Maniichuk died unexpectedly while visiting Kyiv in 2009 but his wife, Rose Brady, continues to work on his mission to have the art seen, studied and enjoyed by the public.