Art at the Institute was pleased to present Frontline / Peace Life, an exhibition of photographic portraits by J.T. Blatty, chronicling a generation of volunteer soldiers of the war in eastern Ukraine and their stories of a return to a marginalized existence, “peace-life,” as the war moves into its sixth year without resolution. The exhibition opened on January 16, 2020 and now is available for viewing online. Co-curated by Walter Hoydysh, PhD, Director of Art at the Institute and J.T. Blatty, this marks Blatty’s first solo showing with The Ukrainian Institute of America (UIA). 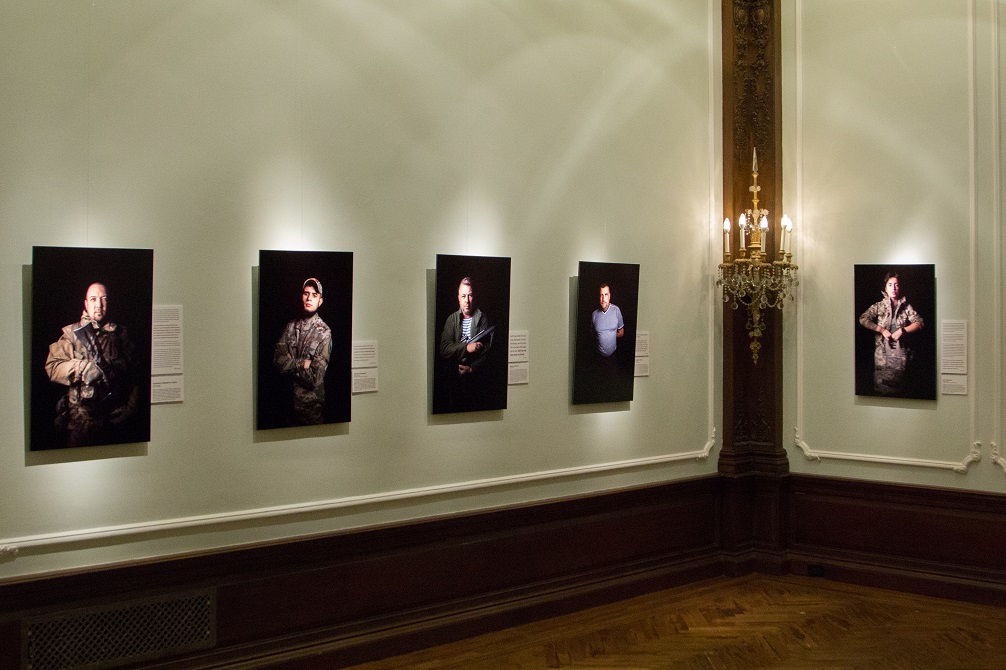 Former U.S. Army Captain J.T. (Jenn) Blatty graduated from The United States Military Academy at West Point. She is a 2002-03 combat veteran of Afghanistan and Iraq, the author of Fish Town: Down the Road to Louisiana’s Fishing Communities, a photojournalist, and FEMA disaster reservist photographer whose articles and photographs have been published in Bloomberg Magazine, National Geographic, PDN Magazine, Smithsonian Magazine, Savannah Magazine, The Daily Beast/Newsweek, The Oxford American, and CNN Photos amongst others. Since early 2018, she spent months embedded in the war in eastern Ukraine, working with Ukraine’s volunteer soldiers and veterans of the war in Donbas. Her project, Frontline, Peace Life: Ukraine’s Revolutionaries of the Forgotten War, was previously exhibited at the Ukrainian National Museum of Chicago (May 2019).

READ ABOUT THE FIRST OPENING RECEPTION.