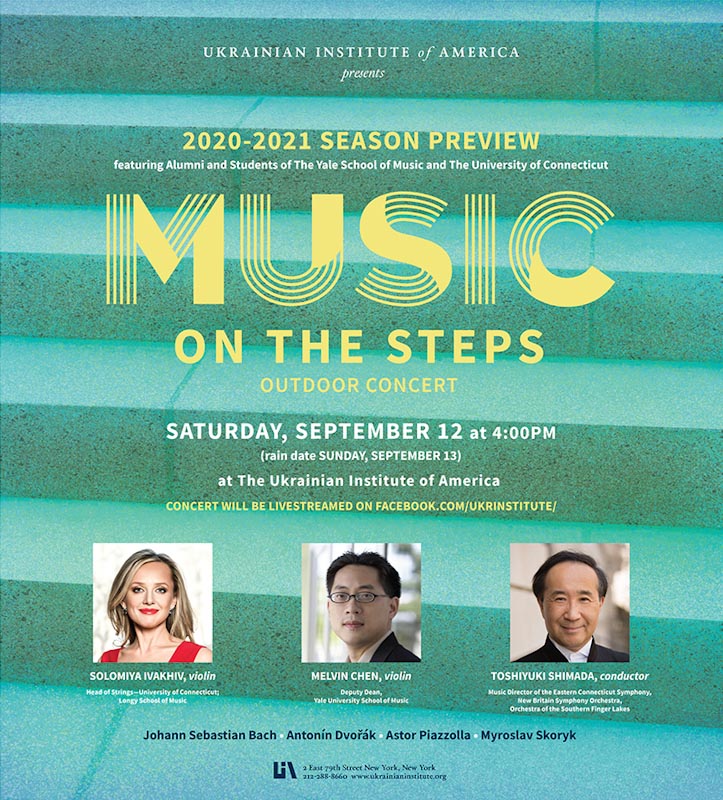 On Saturday, September 12, 2020, the Ukrainian Institute of America’s Music at the Institute (MATI) Concert Series will stream a Preview of the 2020/2021 Season outdoors from the steps of the Ukrainian Institute of America, featuring alumni & students of the Yale School of Music and the University of Connecticut; Deputy Dean of the Yale School of Music, violinist Melvin Chen; MATI’s Artistic Director, violinist Solomiya Ivakhiv; and Music Director of the Eastern Connecticut Symphony, the New Britain Symphony Orchestra, and the Orchestra of the Southern Finger Lakes, Conductor Toshiyuki Shimada.

The concert will also be live streamed on the Ukrainian Institute of America’s Facebook page.

This concert is free and only made possible because all the musicians are performing pro bono.

Donations to support the Music at the Institute (MATI) Concert Series are welcomed. 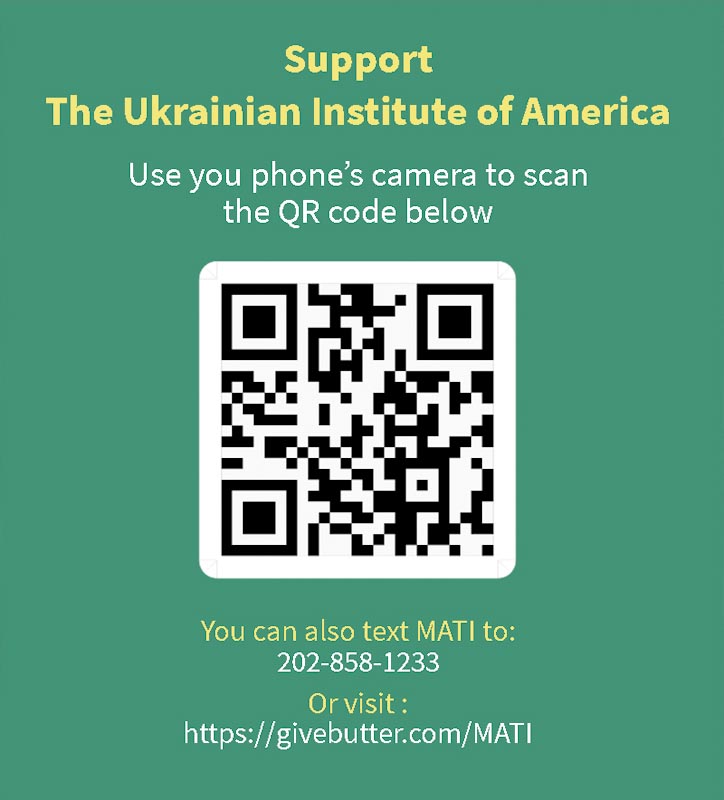