Today, October 14, Ukrainians celebrate the Feast of the Protection (Ukrainian “Pokrova”) of Our Most Holy Lady Theotokos. Of the feasts dedicated to the Mother of God, this one deserves a special attention.

According to Eastern Orthodox tradition, the apparition of Mary the Theotokos occurred during one of the sieges of Constantinople at the Blachernae church where She spread Her veil over all the people in the church as a protection. As the result the enemies withdrew and the city was rescued.

Zaporizhzhya Cossacks built in their fortress a church in honor of the Protection of the Holy Mother of God which contained an icon of her veil. There was an inscription on the icon “I will cover my people” and another inscription on a ribbon under the icon “We pray: cover us with Your Holy Veil and deliver us from evil.”

In 1947, the Ukrainian Insurgent Army declared the feast to be their holiday.

On this day, people believe that Pokrova covers the earth with leaves or snow. At this time, Ukrainian farmers would usually finish their work in the fields and would get ready to celebrate weddings. From now on, fall wedding weeks are taking place. Girls who want to get married this year, go to church on the Pokrova feast and pray with an intention, “Saint Pokrova, please cover my head.” According to the Ukrainian tradition, a girl who is married needs to cover her head. Therefore, the prayer tells about the head covering. 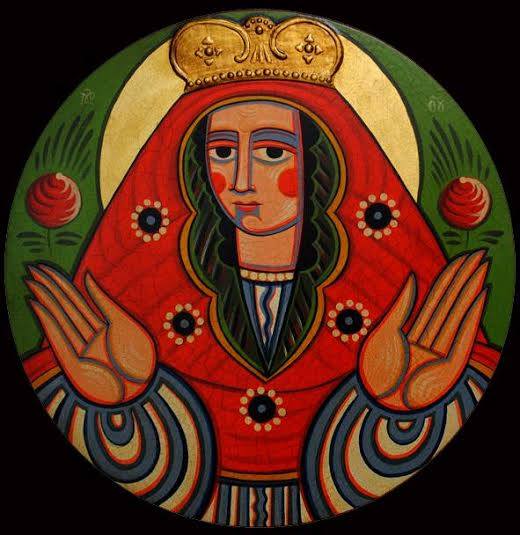