The Ukrainian community in Chicago has launched a new publication, Ukrainian Chicago, covering life of Ukrainians there. First issue went on sale on January 7, 2015.

The issue’s cover features Ulyana Fenyn, the winner of Miss Ukrainian Diaspora 2014 contest. Inside, there is an interview with Fenyn, a list of 10 most popular Ukrainian organizations in the U.S., and an article about Kyiv ethnic fashion designer Oksana Polonets, among other stories.

Ukrainian Institute of America is ranked as the most popular Ukrainian cultural organizations in the U.S., according to the first issue of Ukrainian Chicago magazine. The rating was based on social media scores. The digital version of this issue is available here: http://ukrainianchi.com/ 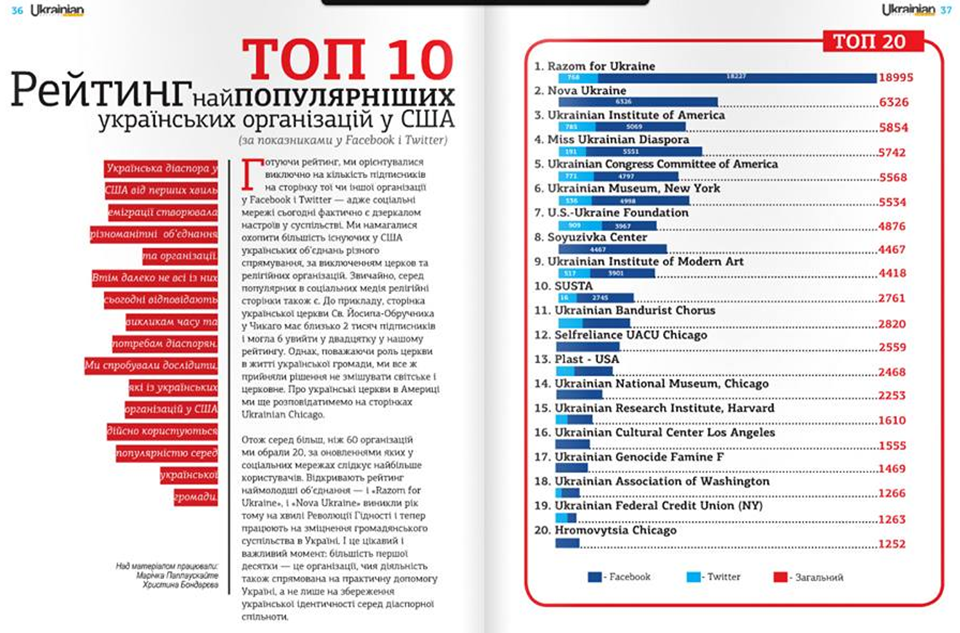 UIA is the most popular Ukrainian cultural organizations in the US