Today, January 5th, we celebrate birthday of William Dzus, founder of the Ukrainian Institute of America.

Inventor of the first quick‐acting fastener used throughout the world in making aircraft, William Dzus came to the US as an immigrant from Western Ukraine in 1913. Born in 1895 to a family of wealthy Ukrainian farmers in the village of Chernykhivtsi in the Austro-Hungarian Empire, William’s fate was foreseen as a life that called upon him to blend with the land, with his thoughts centered upon the sun and the flow of the rainfall that blesses or curses the fields. Instead, he was a child with extraordinary mechanical aptitude and a highly creative mind. He was fascinated by machinery, energy and motion. After deciding that he needed some better mode of transportation than walking 4½ miles to school, young Dzus set about building a bicycle completely from wood! 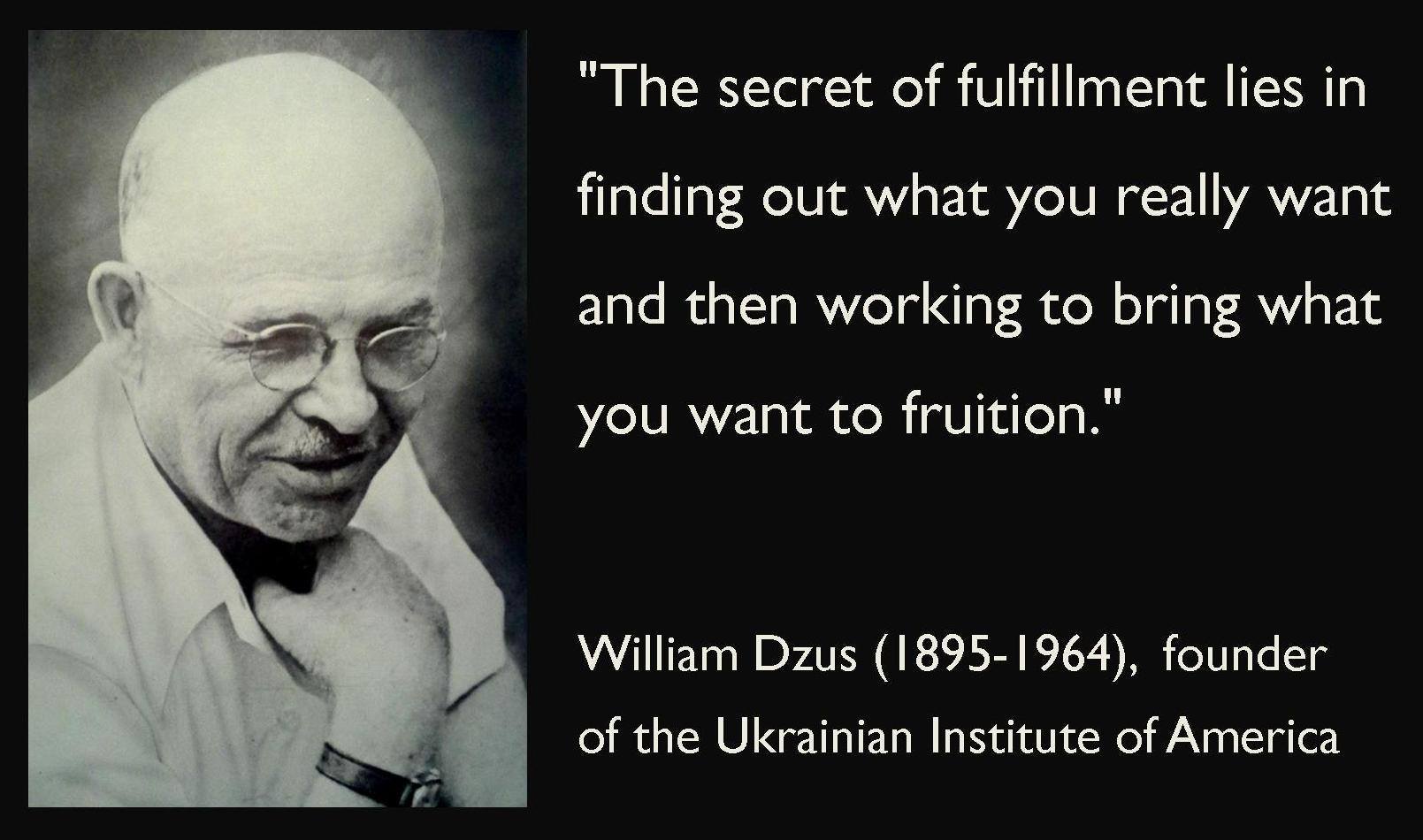 He desperately desired the freedom to work at what he wanted to accomplish, the freedom to spend his time at things he enjoyed, the freedom to live in a democracy and the freedom to be free. Unfortunately, Ukraine, which did not have its own state at the time, could not offer him that. William spent hours dreaming of America before he finally arrived there as a boy of 18.

Hard work, immense curiosity and an irresistible desire to “do things better” brought him to a recognized career as an inventor that started in 1922 with the grant of his first patent for a lathe attachment. From then on, over a period of almost forty years, he continued to apply his mechanical skills, and originality to problem after problem. His inventions, some of them revolutionary, earned him dozens of patents, among them for his fastening devices known today as Dzus fasteners. He believed that “the secret of fulfillment lies in finding out what you really want and then working to bring what you want to fruition.” William took great pride and satisfaction with the knowledge that allied planes in World War II were reinforced and made safer by his fasteners.

Perhaps even more extraordinary is the fact Dzus proved himself to be an extremely good businessman. With no background or training in business management, Dzus, like the musical genius, learned to play entirely by ear. But the fact remains that Dzus is one of the very few inventors who retained financial control over his inventions and managed to build a sound and successful organization – the Dzus Fastener Company, in West Islip, Long Island – to profit from.

In his words, “the obstacles will become diminutive when you view them from the pinnacle of love for the work to which you have set your hand.”

Today, January 5th, we celebrate birthday of William Dzus, founder of the Ukrainian Institute of America