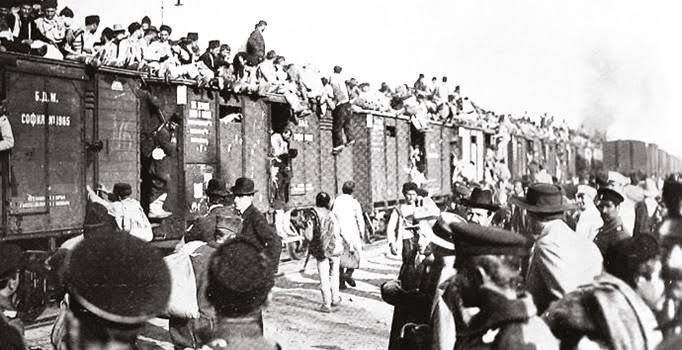 Today, we commemorate 76 years since the May 18, 1944 mass deportation of the Crimean Tatars from their homeland on the Crimean peninsula of Ukraine. The Crimean Tatars’ ongoing struggle as victims of the Soviet ethnic cleansing under Stalin has been recognized as an act of genocide by Ukraine, Latvia, and Lithuania. This grave injustice is remembered every year worldwide.

Video produced by Ayla Bakkalli, representative of the Crimean Tatar Mejlis in the U.S., edited by Damian Kolodiy.

On the morning of May 18, 1944, the Soviet government initiated a special operation in Crimea: the deportation of Crimean Tatars (Kirimli) to the Urals and Central Asia. World War II, which ended in May 1945, was still raging across Europe.

The NKVD, Soviet officers that Stalin used for political repression, went from house to house, reading an order that all Crimean Tatars, including children and the elderly, were to be deported, accusing them of cooperating with the Nazis. Soldiers accompanying the NKVD gave people only 15–20 minutes to collect their belongings. According to the archival documents, each family was permitted to bring up to 500 kilograms of luggage. In reality, the Crimean Tatars were allowed to take only the most necessary things and some food. The Crimeans were transported on trucks to the nearest railway stations, where they faced a long journey to the Urals and Central Asia in closed cattle cars without windows and seating, or room to lie down if a person was sick. The unsanitary conditions and lack of fresh air led to numerous deaths before the eyes of helpless relatives. Within just two days, from May 18 to 20, some 180,000 people were deported from Crimea. Uncounted thousands of Crimean Tatars died en route from hunger, lack of oxygen, and illness, especially typhus.

In exile, the Crimean Tatars were confined to controlled settlements that were under curfew in the evenings. The deportees were used for cheap labor in harvesting cotton, and as laborers for road construction, in factories and mining. Researchers estimate that 22 to 40% of Crimean Tatars died during the first five years of exile due to illness and starvation.

It was only in the early 1990s that the Crimean Tatars were permitted to return to Crimea. The number of people who witnessed the deportation is shrinking every year. On February 28, 2014, Russia sent armed men to invade Crimea, which Russia subsequently illegally annexed. Crimea remains occupied by the new Russian regime, which inflicts systematic and blatant violations of the human rights on the Crimean peninsula.