On this day, six years ago, the most tragic episode of the Revolution of Dignity began in Ukraine

Between the 18th to the 20th February 2014, peaceful protestors were brutally killed on Institutska Street, Maidan Nezalezhnosti and the surrounding area in Kyiv. Several dozen people went missing, more than a thousand were injured, and hundreds were arrested and tortured by the regime of the then-President Viktor Yanukovych.

Eternal Memory and Glory to the Heroes! 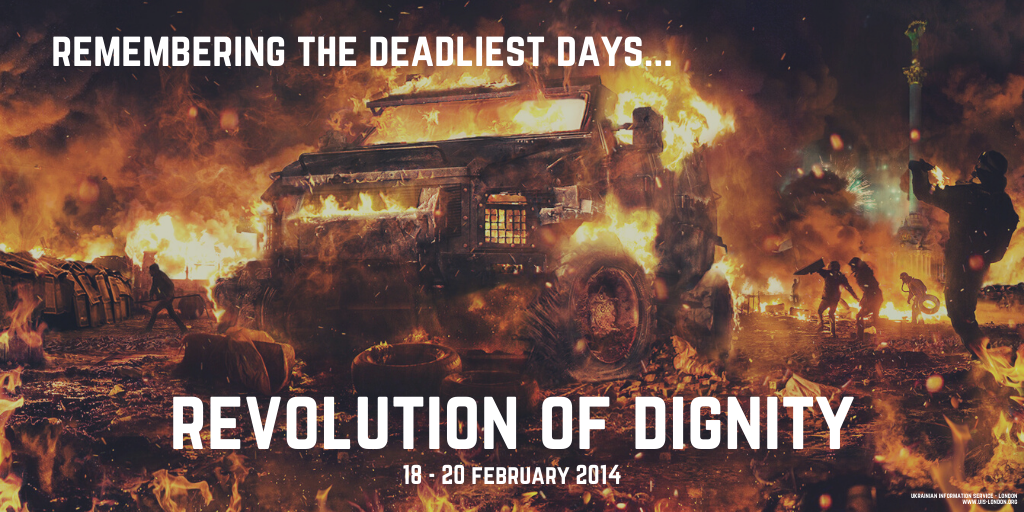 Remembering the Revolution of Dignity